These is My progress so far :

I know is not much but as I sad is going to be a VERY LONG THREAD.

And the last work :

Very nice Marius!
(I'm just about to send you a pm.)

Being Long time sence I didn't post I'm gonn'a make un update with all my work until now :

Spring always been among my favorites ...... so with the arrival of the first warm days and especially sunny days - I am addicted / dependent for the sunlight like plants - I started working on submarine and see that I have some spore. .... this is what I managed to do today ,

Today I gave holes, I gave threads, I filed, I sanded, cut and that's what came out :

Thank you for posting this excellent build log I am watching your progress with interest as I have one of these to build once I have completed my Darnell T Class re-build and my Skipjack, busy times ahead.

After I finish the Los Angeles I intend to start my Skipjak , so I think I'm gonn'a have a lots of questions for You .

A small progress today by making a little dipper the design lines in order to not be covered by paint :

I know , I know I did a lots of "extra" lines witch shouldn't be there

but maybe I can find some putty to fix these .

Not much work these day because I'm stuck with a problem :

- the distance between the steering rudders axle and depth rudders axle is very small and do not know how to manufacture coupling rudders ....
- because of that I can't get a left / right rudders movement necessary for the turn submarine and no movement up / down for dive planes ,

The distance I took it form the drawing and scale distances table , but doesn't seems to be right .

May be You can give me some advices .

this is the way I approached the problem.

Couplings- not quite finished yet. 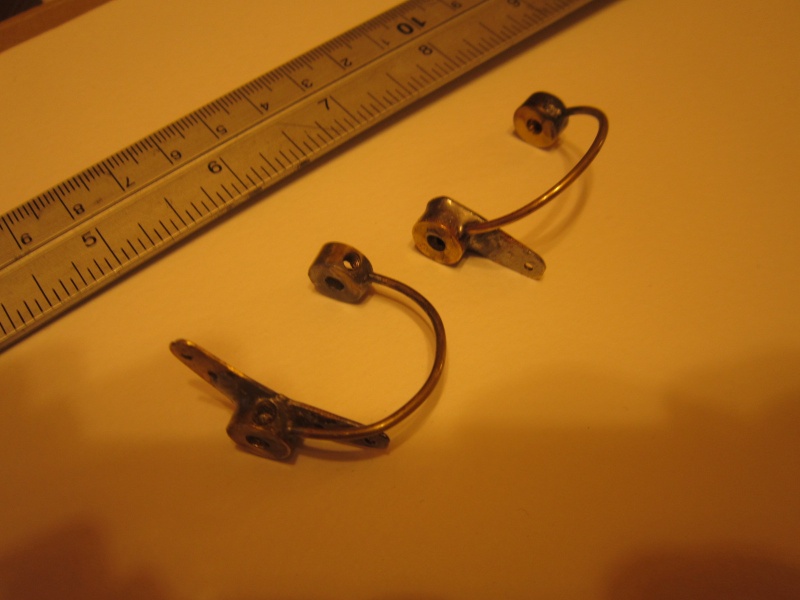 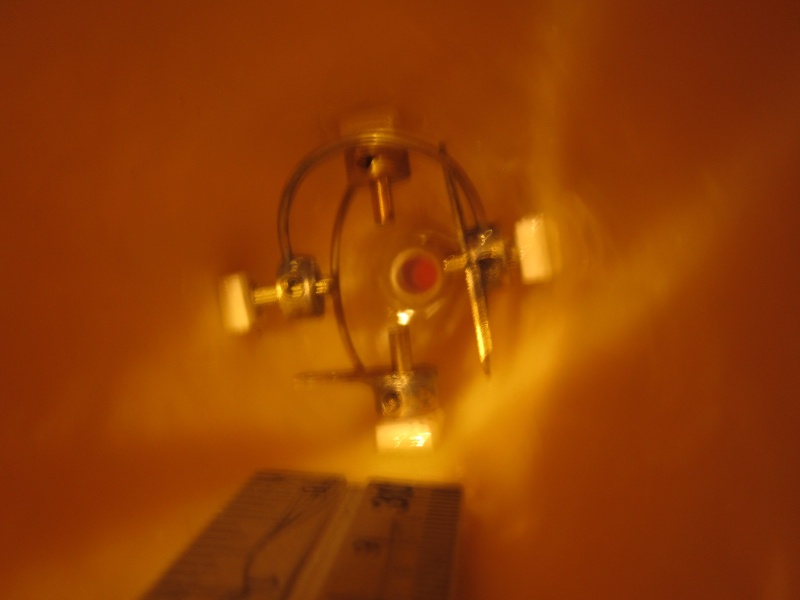 Sorry that the second photo a bit blurred, could not get camera into the three inch hull.

I shall see what method I wheel apply .
I wheel keep on post .

These what came up for Dive Planes :

Some small update for it :

HI ,
Only small update :
at the beginning was "the Light" - read JOY :

but fast the Darkness was coming -read HUNGER :

And I had to make another set :

To day I had some time to add these small rings to Ventilation Holes on the upper hull :

Using rivet rings to tidy up the ventilation holes looks a great idea but cut them down to make them flush on the INSIDE of the hull to prevent the possibility of an air lock.

Using rivet rings to tidy up the ventilation holes looks a great idea but cut them down to make them flush on the INSIDE of the hull to prevent the possibility of an air lock.

Thanks for the Advice . I already did .
Pictures soon .

these is the FINAL shape :

I progressed a little work on the submarine. ...
Not having a laser level or other modern means of marking curved surfaces , I have found a way to draw a straight line inside the lower hull .
I did like the following:
On the exterior of the lower hull I had the axis allready trased – axis used to draw the flooding holes ...... I made a few very small holes along this axis , I’ve passed a more resistant rope inside the submarine , I caught as stretched out as I could at the ends , and on the other holes I made a connection to the outside as seen in pictures .
In the end I’ve put a few drops of glue on each link

then I moved to the next stage of the work consisted of making a bronze bushings have inside a 6mm hole for propeller shaft and a small flange at one end.
Flange and also will be a stop on it will slip when the propeller rotates.
Bush I did - a smaller more remain outside as much as in material thickness will give aft cone when the hole for attachment.
I found a shaft 6mm long enough, worked extremely fine (it was to a printer) at one end which I did a 5mm thread for the adoptive propeller and screwing nut

And the last step :
- not having such thick material for WTC supports - and two component resin is very expensive here , I chose to do each support from light pvc , four layers of 2 mm glued , pressed and procesed on lathe - as seen in pictures .... a job that is extremely messy ,

And for the moment these is all I can make :

until June 22 , I wont be in town so is going to be a pause in construction .