» The workings of a sheer line submarine

We have 926 registered users

After some preliminary design & build I thought I'd share the fun(!)
I've always been interested in submarines and even though about building a human sized version, but probably best I didn't my boatbuilduing skills are not that good in plywood.....
However, as covid lock-down struck in 2020 I was was made redundant so decided to see what I could do with the CAD package FreeCAD, and based on photos & other drawings from the internet I generated some reasonable representations of Seehund & X-class as both appeal to me as models. I find the modern subs a bit anonymous, a bit like steam trains vs. diesel, possibly contentious but thats my preference. I then realised I had designed as full size so had to repeat a lot of the work to scale them down to about 1m, based on 110mm drain pipe fro the centre sections. 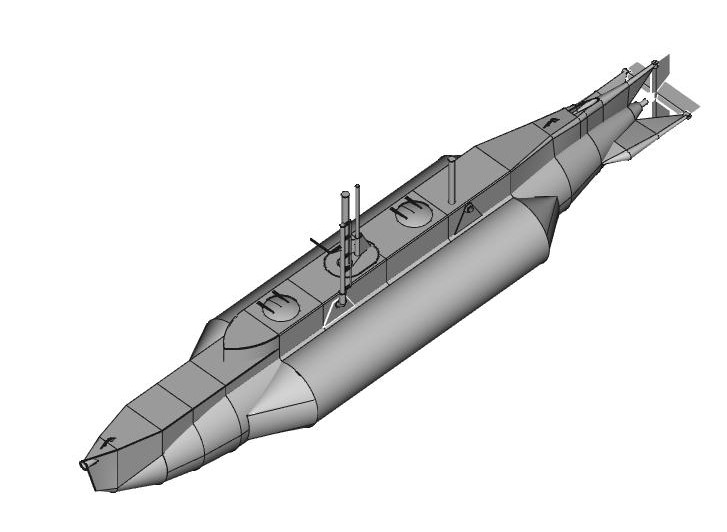 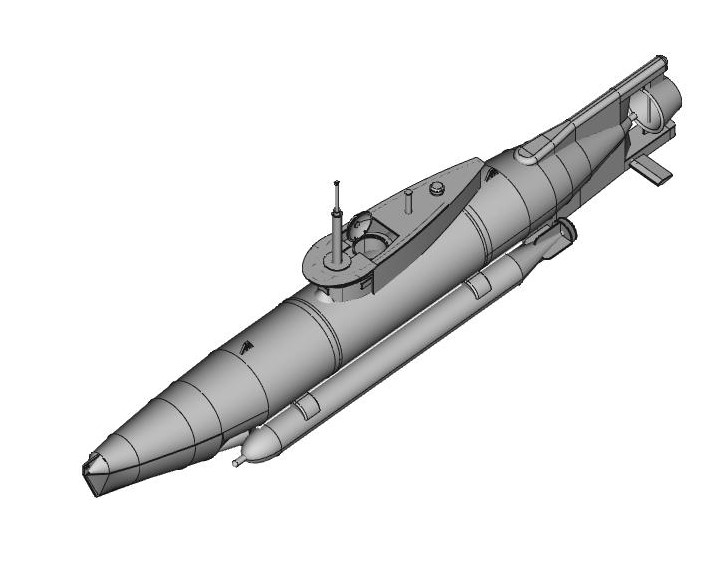 Neither will be museum standard, I subscribe to the 'measure with a micrometer, mark with chalk, cut with an axe' philosophy, but I aim to give areasonable likeness.

Starting from scratch, I have no box of bits to raid, so the first task was a workable radio control system, bothered me less than mechanical stuff as I work in electronics. So the autumn to spring '21 was getting the 458MHz system going, with less time available now as I am back at work. I'm not going to add much on that as most is on the UHF radio control forum. For interest I use the EagleCAD package for electronics & PCB design as it is also free up to about 100mm x 100mm or so.

Current plan is a peristaltic pump & bladder type system having discounted the idea of using a bicycle CO2 system as too risky and dangerous for a 1st model, but I decided I would build the inards up bit by bit and see how long a WTC I needed, based on a 75mm dia tube.
Since I don't have a 3d printer the end caps are probably going to be cast resin based on a simple wooden master and all fitted into an outer hull made from 110mm drain pipe with fibreglass end sections. I don't want to go to the effort of making a complete mould for the fibreglass so I'm thinking of moulding over foam that I can then cut away rather than trying to disolve in acetone or similar solvent.
The Seehund appeals as it has the lower tube to the pressure hull that I might use to hold the batteries to keep them central as they may be a major weight.

After help from the brushless motor forum I have gone for the G2 Hydra15 system and now have the basic motor and gearbox with a 9:1 reduction using timing belts. 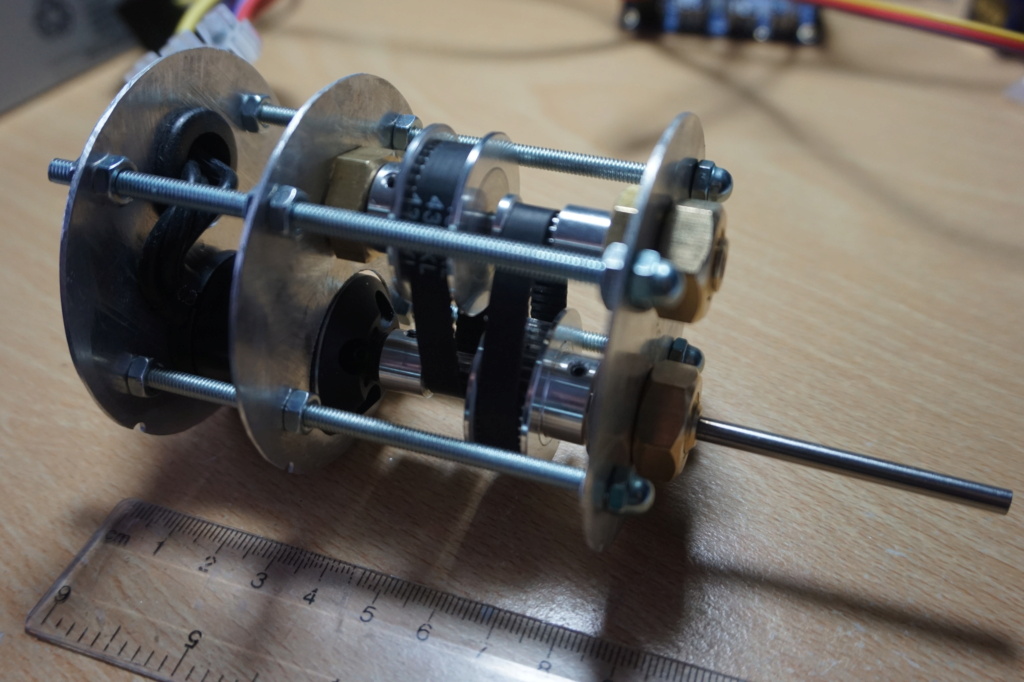 I shall probably re-make a lot of it, but the basic setup seems OK.
I have found that freecad is difficult to cut & bash metal from, so I use SolidEdge a free 2D drawing package to create traditional style drawings of the various peice-parts.
Fortunately I have had for many years a myford ML10 lathe so boring the brass bolts for the shafts & layshaft ball-races is fairly straight forward.

Current task is the brackets that hold the servos & routing the control rods past the motor & belt drive pulleys. Again made from aluminium sheet which can bolt onto the fwd end of the moter/gearbox assy.
In front of that I intend to switch to perspex for the support of the ESC and PWM servo board.
But that will be another post.