The USS Dragonfish in 1/80th scale.

The USS Dragonfish in 1/80th scale.

You may not know this, but I've bought AndyN's MMB Los Angeles class boat, pic below. 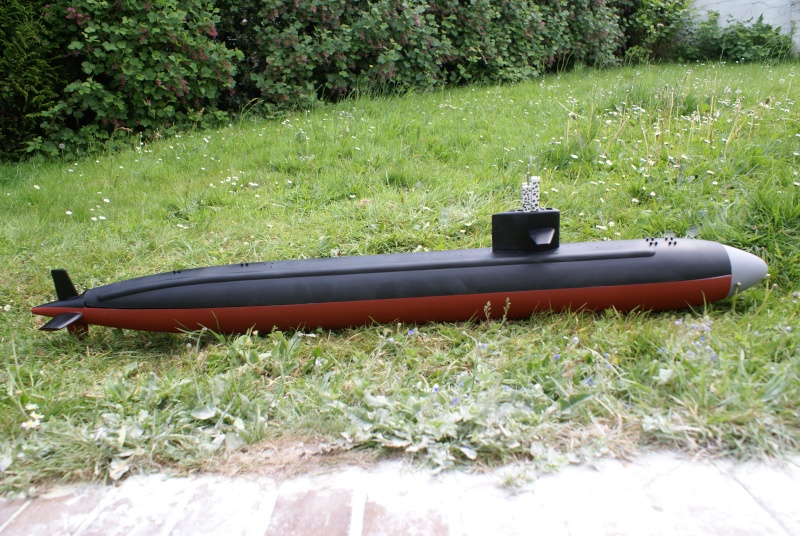 After my previous Dragonfish at 1/144th scale, I've wanted to build a bigger one, so this is my opportunity to do so. These Cold War Concept boats fascinate me for some reason...maybe it's the totally outlandish designs, I don't know, but I've been interested in them for a lot of years now.

The picture below is the only one I've been able to locate of the CONFORM Concept boats, so this is all I have to work from. 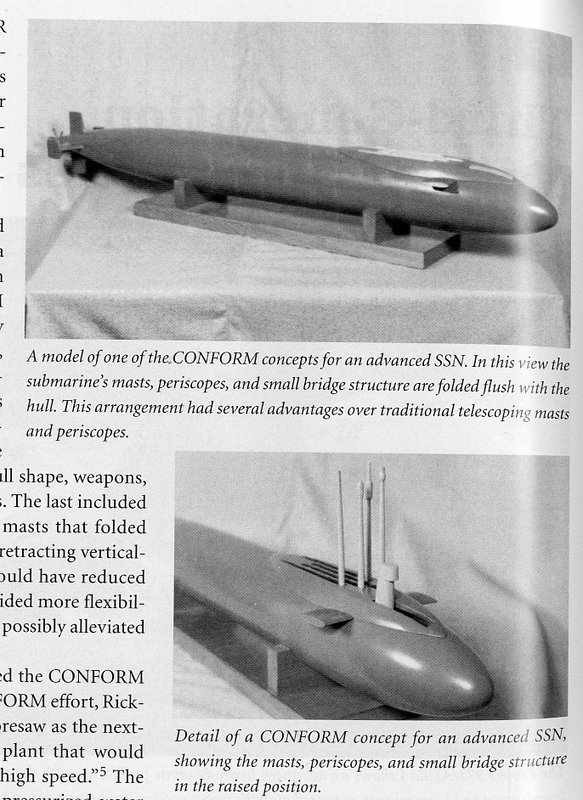 The Dragonfish was never actually built, it never left the drawing board, but the design went on to become the Los Angeles class of boats. The Dragonfish was designed to have a flush deck without a sail, the small bridge and the periscopes, masts, etc, would be folded flat hydraulically into the tiny raised deck to achieve minimum radar outline and maximum speed.

All the new bridge area will be built onto a spare deck which I have, that way any errors I make during the build won't be viewable on the actual model.

The photos below show the new raised deck section under construction...cut from an old fibreglass mini sub deck, they will be epoxied together and then cut down in height, filed/sanded to their final shape, the cut outs for the folding bridge and 'scopes and masts will be cut into the top later on. 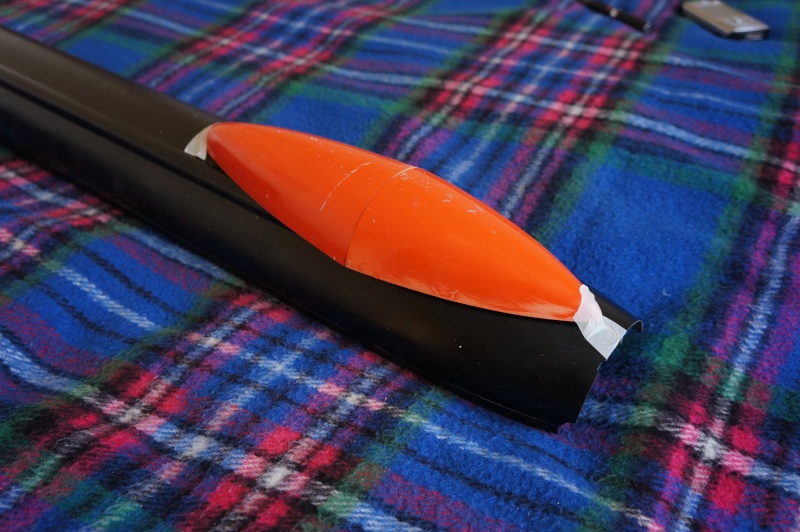 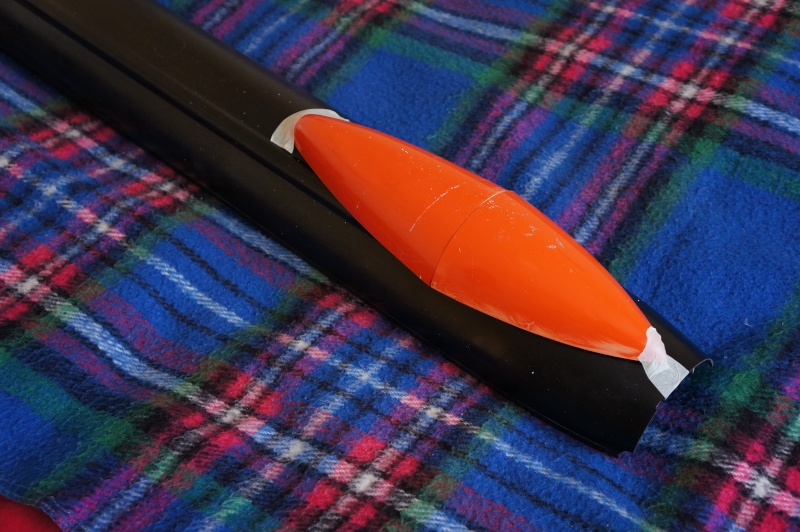 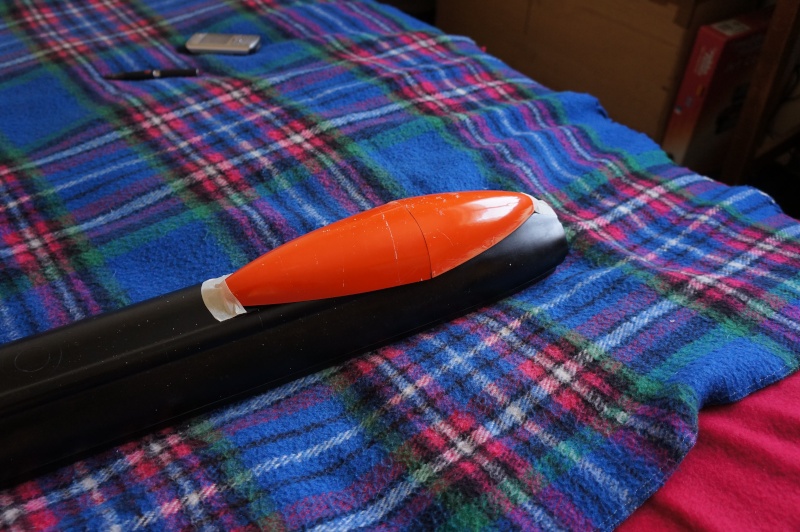 RICHARD,
Man does not cease to amaze me!!!.Now I know why nobody can keep up with you!!!. You are unstoppable!!!.
To be healthy and always delight us with the most outstanding models.
REGARDS
MARIUS
Tom(ADMIN)

Well, thank you most kindly, Marius...unstoppable, huh? I've been called some things, but never unstoppable...
profesorul

In between getting dragged around the 'Do It Yourself' stores buying paint and looking at expensive carpets, I've managed an hour or two on the boat.

This is the new 'sail' area, now sanded down to a more sensible height. 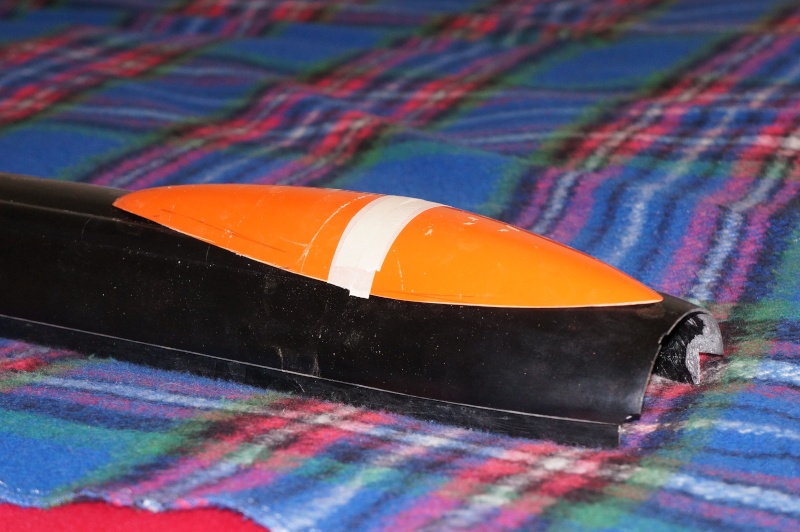 I've also cut the area out for the new folding bridge to sit into, and made a start on the bridge itself.
Next little job there is to cut out the four slots for the 'scopes and masts to fold down into. 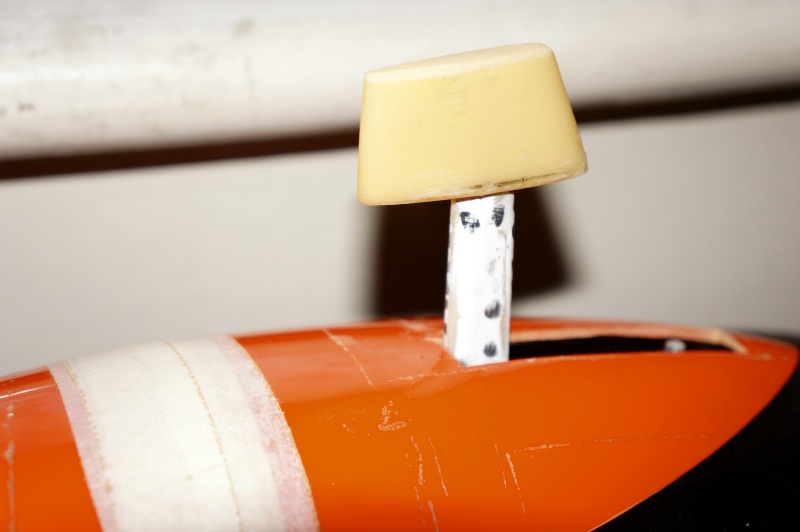 Lookout keeping a sharp lookout on the bridge.... 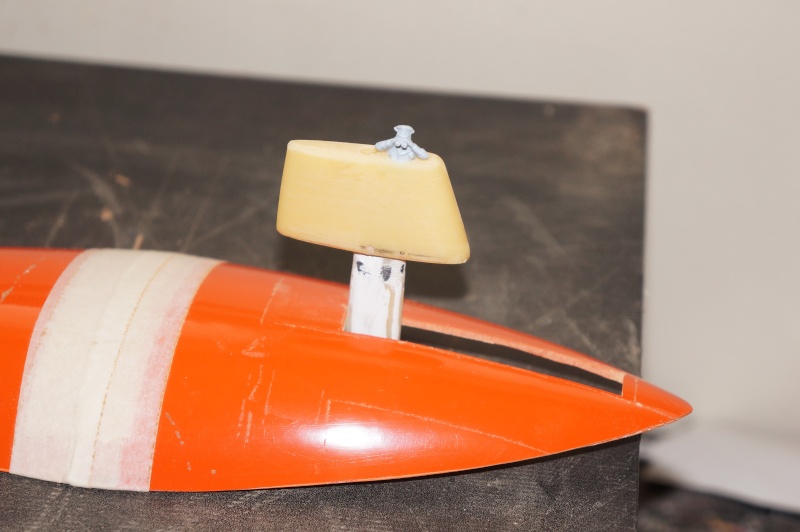 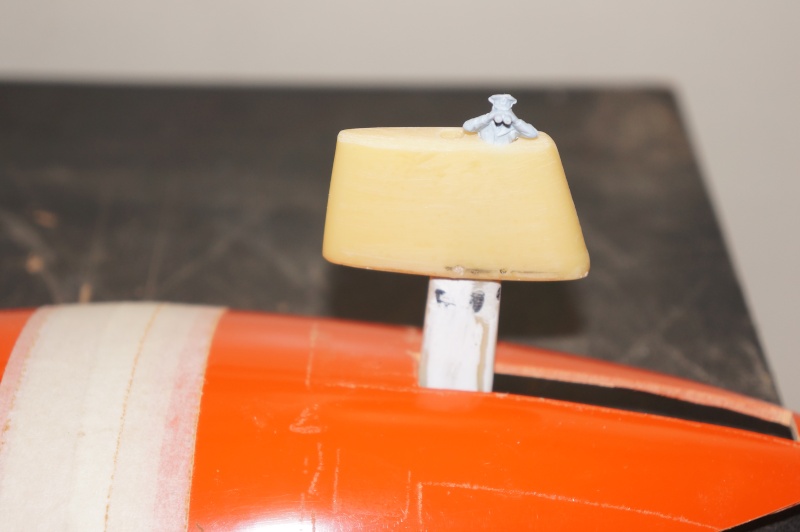 Is that really how it was meant to be, Richard?

(Reminds me of the terribly tall conning tower on the WW1 R class.)

That was the original design concept, David...the small bridge would have folded forward and the 'scopes, masts, etc, would have folded backwards into the small raised deck area. The idea was for speed and streamlining, the impracticality of the design didn't really come to light until it was scrapped in favour of a more conventional set up.

A shame really, it could have been a very interesting boat...but you should see some of the other concept designs there were at the time. The Russians had a monstrous boat on the drawing board, which would have carried four smaller submarines...smaller as in Akula class boats. That would have been some Mother Ship!

There was also an aircraft carrier design that had the capabilities of submerging to avoid air attacks...now that would make a very interesting boat to model!
tattooed