The little Kilo is so cramped in the stern section, I just know I'm going to break something trying to stuff a four cell AA battery pack in the space I have, so I'm thinking about buying a LiPo pack, as I think these are smaller than a conventional nicad pack...are they?

What I need to know is : I run the whole boat (rx, esc, two micro servos and the motor, a 280 sized one) from the battery pack, so can I still do this with a LiPo pack?

What voltage do LiPo's come in? I need something between a minimum of 4.8v and an absolute maximum of 6v (when fully charged) 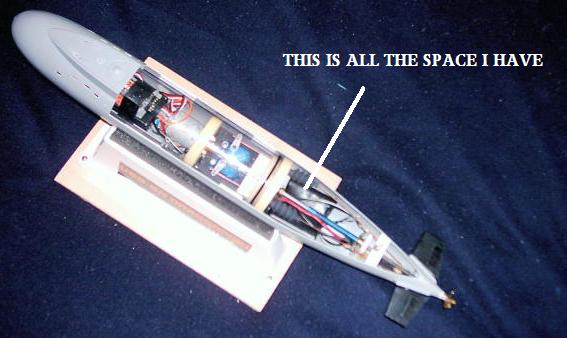 Richard
are you talking about putting a lipo in the free flooding area?
Tom(ADMIN)

Yes mate, only place it will fit...
nigele(ADMIN)2

Oh sh...ame! Ok, that's that out the window then. I'll see if I find some high power AAA cells, that might be a better solution, plus it'd be smaller.

the voltage of the 2s 7.4 volt pack is as close as you are going to get to 6 volt
one way of using a lipo is to find a speed control with bec
The bec in a speed control will be able to handle the motor and 2 servos no problem.
Lipos come in all different sizes from very small have a look at this link and click on different packs and you will find the sizes as well

I have used loongmax lipos from giant cod for long time had no problems
I have had a lot of stuff from giantcod for my aircraft no problems
One other way is to use a ubec
I have all ways used hobby wing ubecs in my electric aircraft with a power input to the motor on 6s 22.2 volt of over 1000 watts no problems at all

I'm reliably informed that I can't put LiPo's out in the free flood area though...see above from Nigel.
Tom(ADMIN)

These seem to be the highest output AAA sized batteries I can find.. HERE
acrowot (Geof)

all the best geof
Tom(ADMIN)

This is getting me confused here...I need a higher output than 800a, more like 1800a, otherwise my run times are going to be measured in seconds rather than minutes!

I ought to say that my info on lipo's is well out of date now,and thing's could well have changed but I will tell you the story anyway,some years ago when I worked for a well known model shop a rep came in and asked me if I would run lipo's in my submarines if he supplied them free of charge so that his company could use the advertising,what he did not know was that I had seen a helli with a lipo get caught in a storm and the lipo erupt in to a flaming ball,so I said to him I was not interested but he persisted so in the end I said to him tell you what throw one in a buckett of water,so I went and got a buckett of water and we adjorned to the forcourt and he trow this lipo in and it was fine,we left it there for age's no problem,I was on the point of changing my mind when my collegue said to me that the lipo in the helli that caught fire had a small tear in the outer cover,so I asked the rep if we could put a nick in the cover of the one we where testing he said yes he was confident it would make no difference,so we put a tiney nick in the cover dropped it back in the buckett and sure enough all seemed fine,then there was a slight fizzing noise then a boom and a flash,no buckett no battery and no trouser leg,and a guy riding past on a bike jumped and rode into a lamp post,exit very emmbarased rep.But as I say this is a long time ago now things may well have changed.
Resolution Rog

Hi Richard, in my 214, I used an aircraft speed controller with BEC which was tiny, but obviously I only have forward control. Also as you are using only 3 channels, try looking on aircraft sites for mini receivers. This may give you more space inside the tube, or allow you to make the tube smaller, thus giving you more wet space. If you can fit AA cells then battery capacity would not be a problem, I have 6x1100 mAh NiMH in my 214.

Resolution Rog wrote:Hi Richard, in my 214, I used an aircraft speed controller with BEC which was tiny, but obviously I only have forward control. Also as you are using only 3 channels, try looking on aircraft sites for mini receivers. This may give you more space inside the tube, or allow you to make the tube smaller, thus giving you more wet space. If you can fit AA cells then battery capacity would not be a problem, I have 6x1100 mAh NiMH in my 214.

I'll take everything apart tomorrow and see if I can alter things around a bit, I do have a tiny rx I may use, and maybe I can fit a cone to the forward end of the wtc and squeeze the esc in that, that would give me some more room.

Have a chat to these guys they are great and will tell you all you need to know about batterys.

I'm going to have a word with Steve Neill later on, he managed to squeeze a full static dive system into his Kilo. 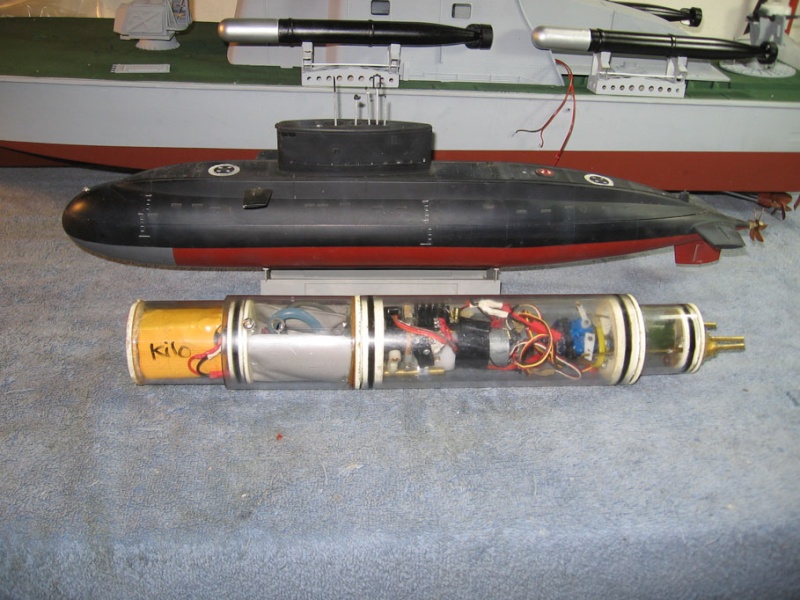 You may be able to use Lipos outside the WTC but you will need to do a bit of R & D (And tell us what happened!)
I have used a 1700 mAH lipo in the Holland for several years but this is inside the WTC. Mind you if it flooded it would be in water.

Nigel advised me against Lipos and suggested that I try putting some in water. I had an old pack and I tried it. Nothing happened. But a nick or split in the outer plastic sleeve (as Nigel says) - maybe BOOM!

Against this - the advice to destroy old Lipos is to cut open and immerse in salty water. I've also read that there is no metallic Lithium present in a cell.

I know that Steve Neill has used them for many years. So maybe a combination of asking him + the manufacturers could do us all a favour, because they are very handy technology.
Tom(ADMIN)

I meant to phone Ian at the Component Shop today and forgot all about it, so it's on my list for tomorrows jobs.

I'll report back tomorrow, then we'll see how modern battery technology has moved on, hopefully in the right way for modern submarines.