first run of the season

first run of the season

The Tidewater area scale model boat club, the Elite Fleet, completed its first run of the season yesterday. The site was the outside pool at the Jewish Community Center (JCC). We were there to also provide some entertainment to the good folk who were attending Israeli Fest on the grounds of the JCC. We never pass up an opportunity to hand a transmitter to a stranger and let them enjoy the experience of tooling a ship or submarine model around the pool.

Perfect water clarity, and a pool that connects to several ‘fiords’; this is a great place to put our little scale models through their paces. 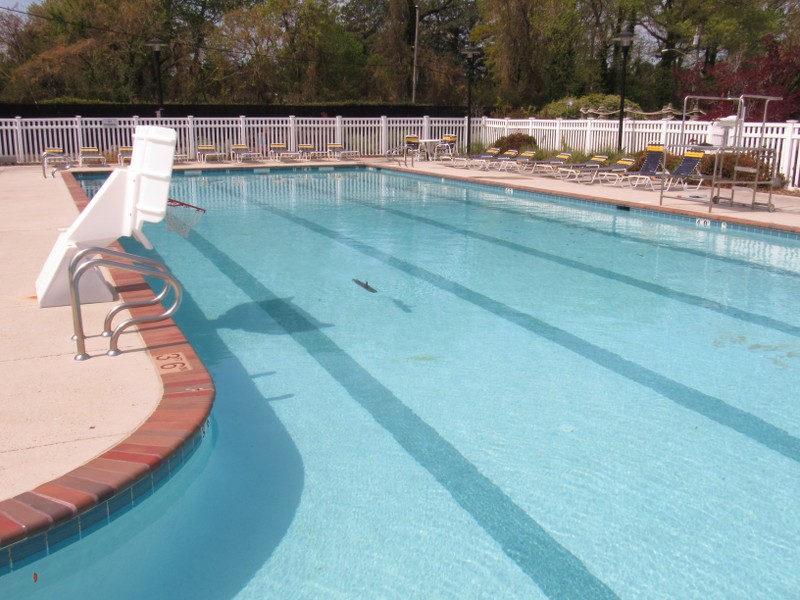 Here’s a short video of that event:

My nemesis: Kevin Rimrodt. This guy takes every opportunity to run the submarines over with either his big battle-ship or destroy models. Kevin and I go way back. Recently I completed the tooling for a kit he’s going to market: a 1/96 THRESHER/PERMIT class submarine. It’s the gray one you’ll see in the video. 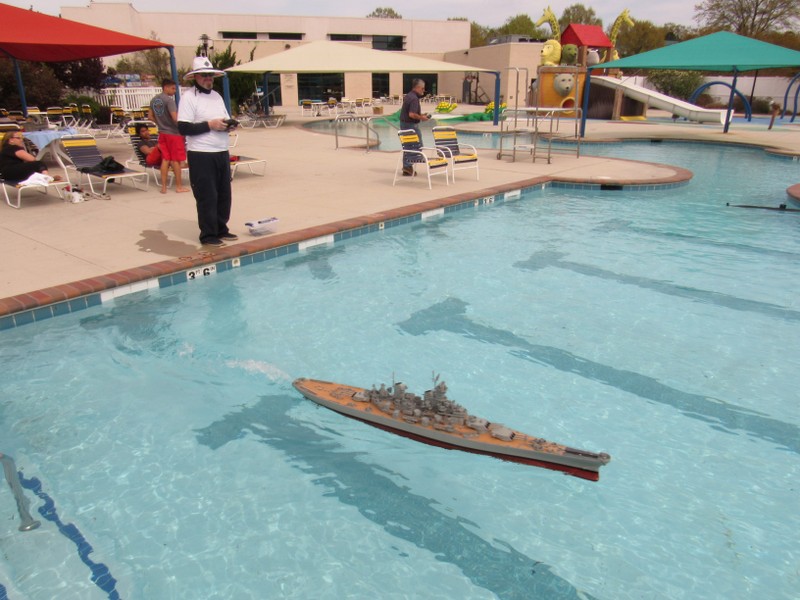 A German type-212 cuts across the bow of Kevin’s battle-ship, the nautical equivalent of flipping someone the middle-finger. And … the game is on! The video clearly shows how the maneuverable 212 can avoid and engage surface target with ease. Poor Kevin. 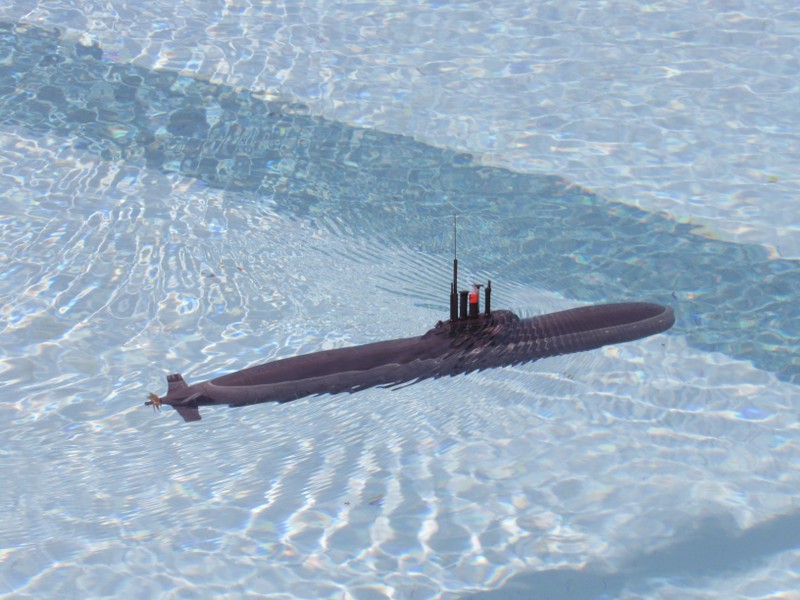 The X-tailed, 1/96 scale model of the German Type-212 is perfect for small bodies of water. Very, very maneuverable, giving it the ability to outturn any surface ship that wishes to tangle with it.

I was using a mechanical mixer (sliding servo type) to integrate the stern plane and rudder inputs on this particular model, but found the SubTech electronic X-tail mixer (a V-tail mixer is the same thing) to do a much better job of mixing the two control inputs to work the planes without the pitch and yaw transients observed with mechanical mixing. No more unwanted angle changes with the ‘rudder’ hard over. 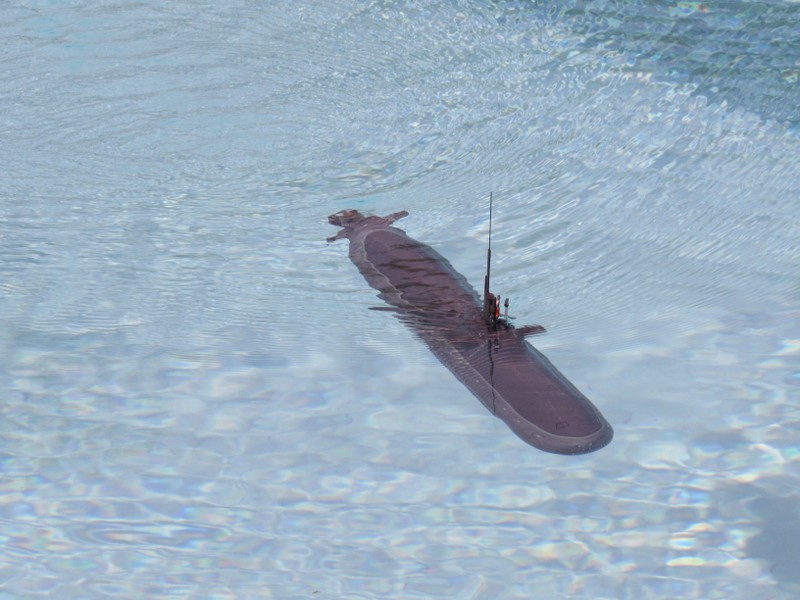 My work-station set up at the JCC pool. The model submarine foreground, in primer gray is the prototype 1/96 THRESHER/PERMIT (short hull, short sail version) – this was the first time in open water for this boat. It did good! 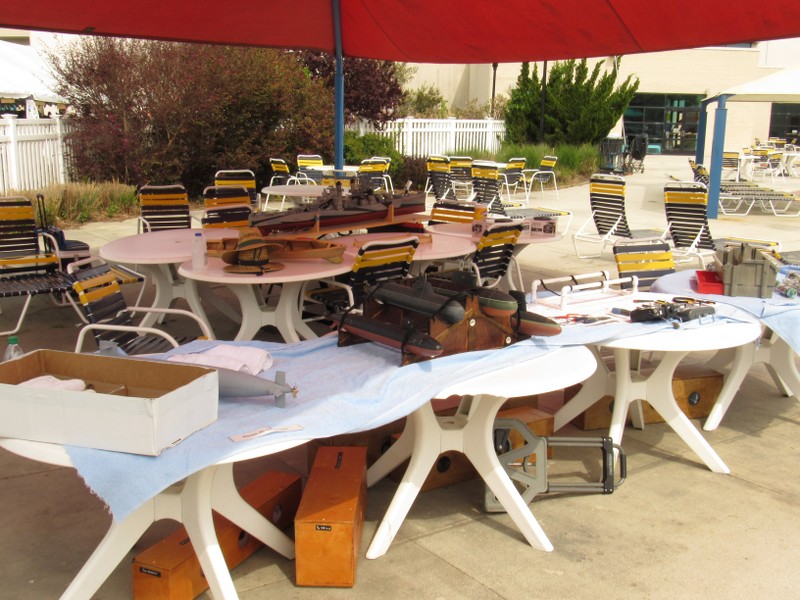 Phil is seen here taking a few moments to walk his little girl through operating a submerged r/c submarine. 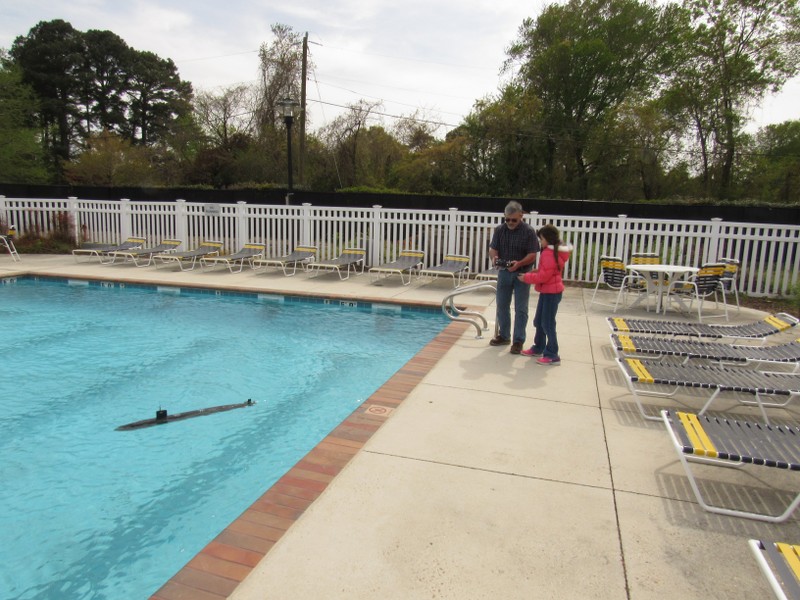 Rendering honors as they pass one another close aboard. Then, the ship swings to port and puts some speed on; the submarine dives, hard right rudder, and goes to flank.

And … the gloves come off! 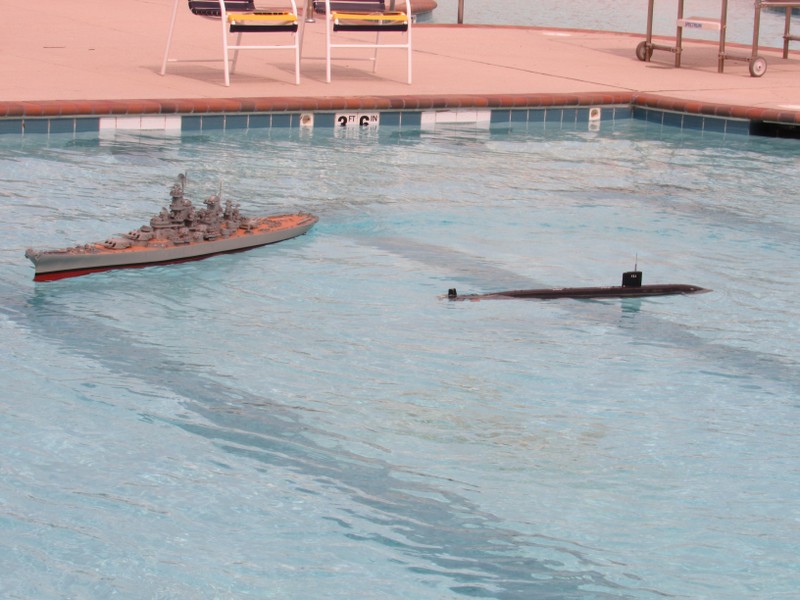 Phil’s a family guy, as evidenced in this shot. He too was a Navy Diver. Over the years this guy has gathered a model submarine kit collection that is to die for!

That’s Ellie at the right -- maintaining law and order pool-side.

His current line-up of r/c submarines includes a 1/48 USS NAUTILUS, 1/96 USS SKIPJACK, and a 1/60 phase-4 USS ALBACORE (the version with the X-tail and counter-rotating axially mounted propellers). 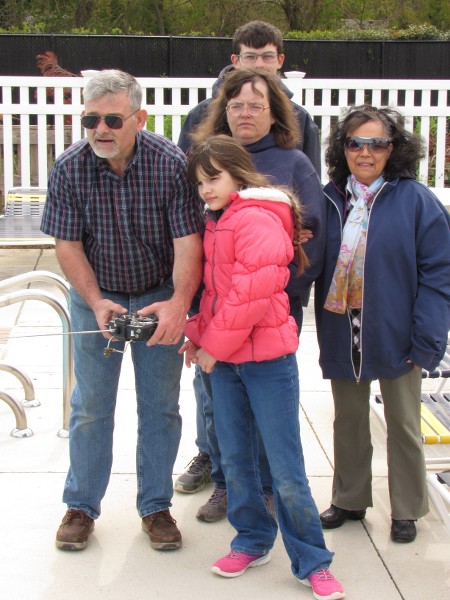 Re: first run of the season