Thought you may find this interesting..

Thought you may find this interesting..

An article written by the late Nick Burge on the development of his submersibles, way back in 1994. 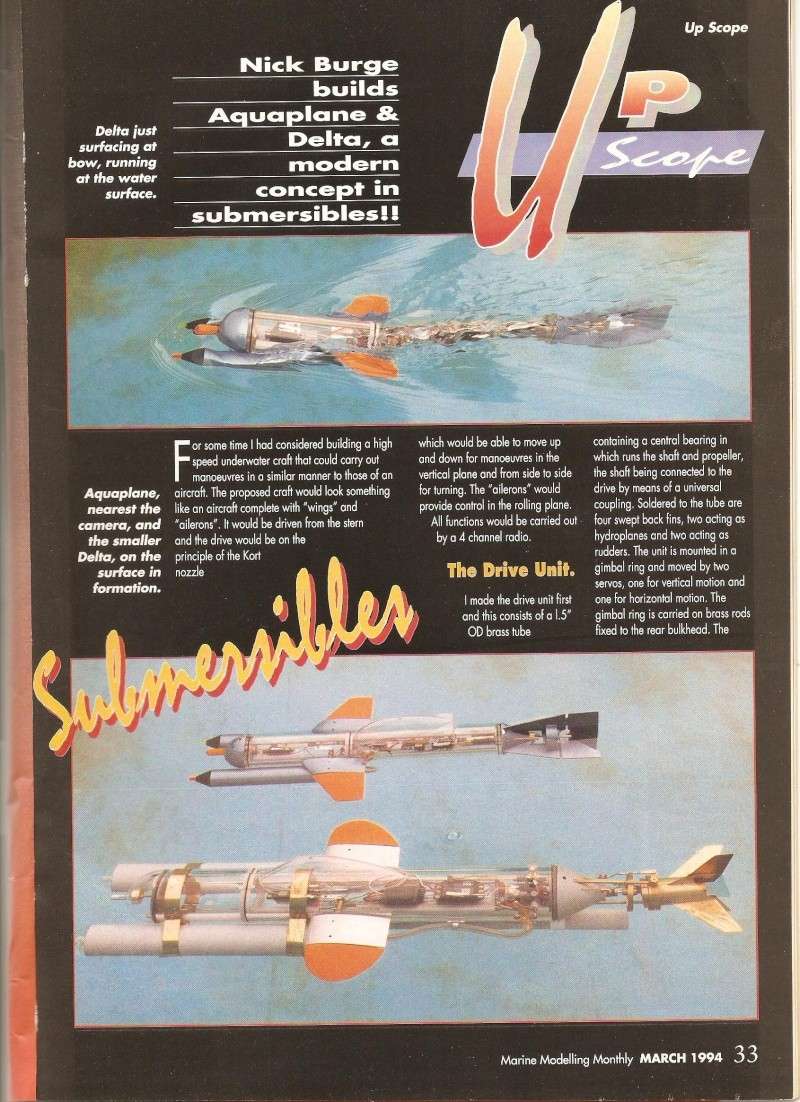 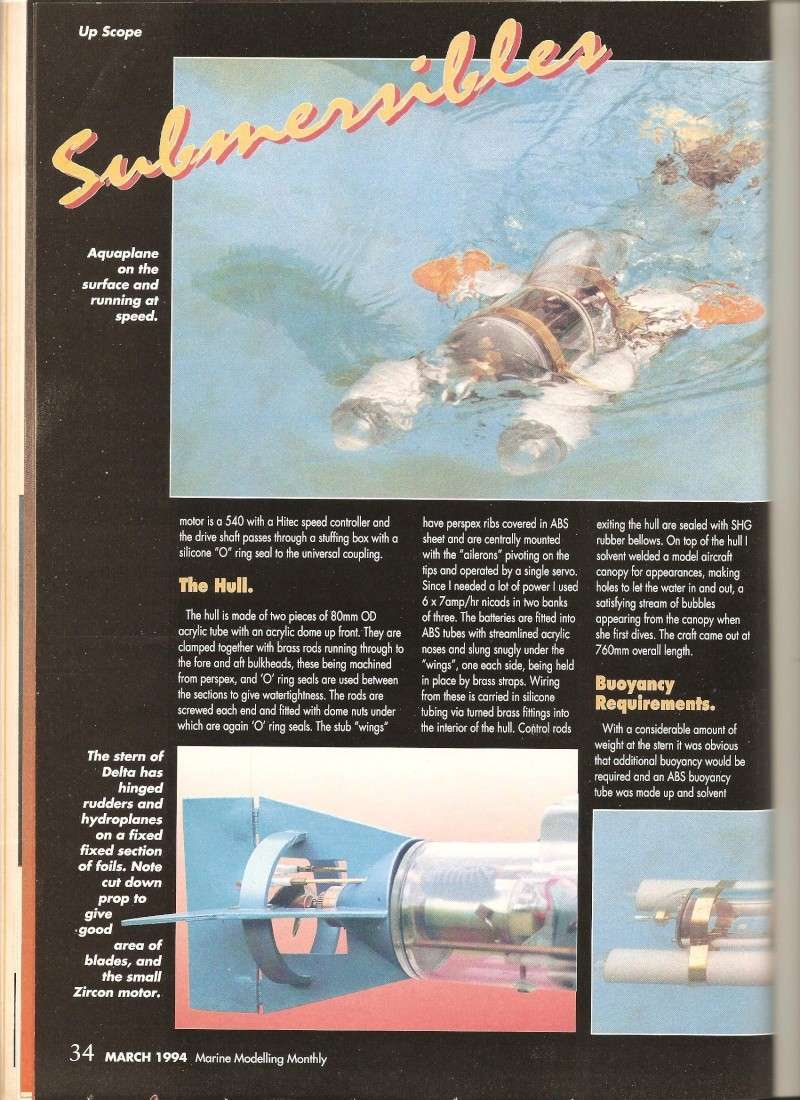 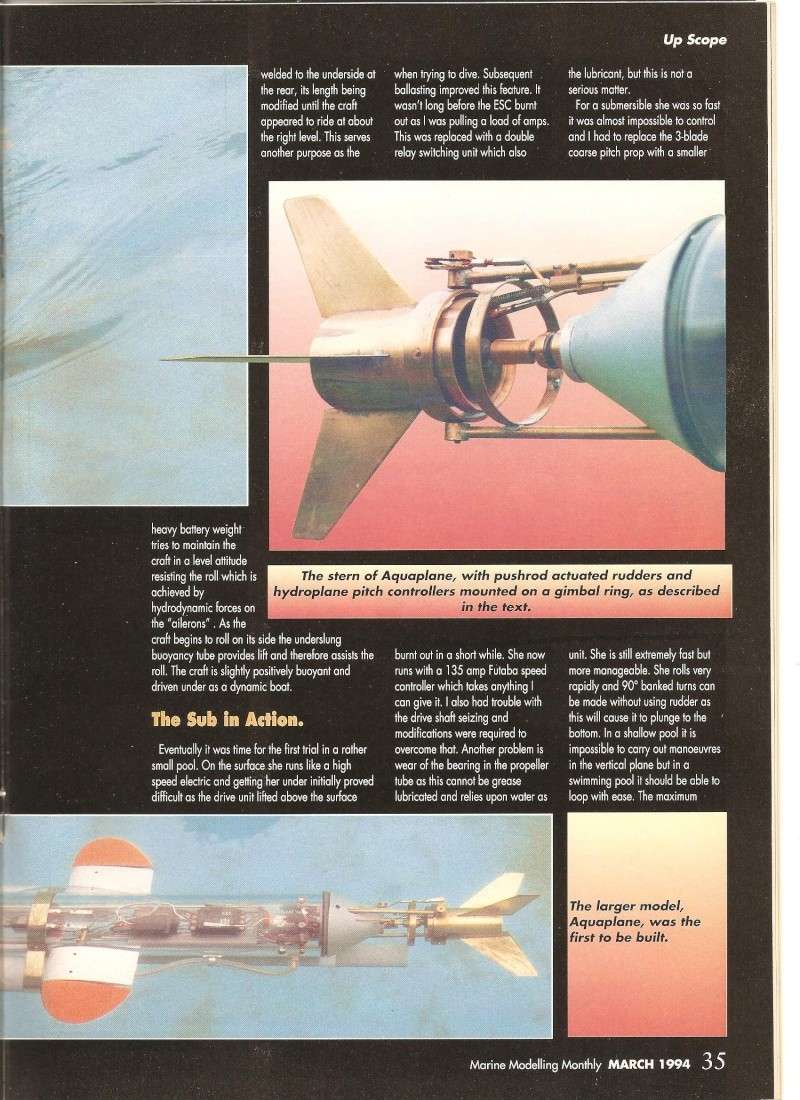 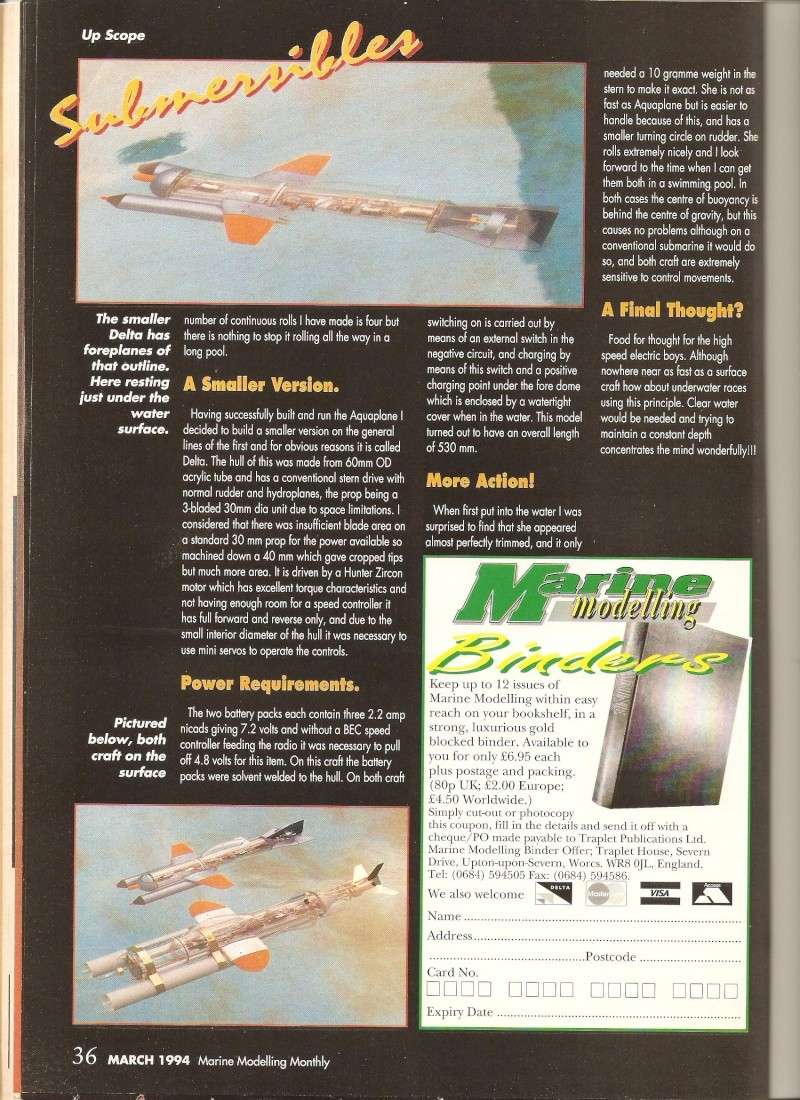 Very interesting article. Nick was quite a pioneer and everything he built seemed to be "see through"!

It also answers the question about the Apostoloff submarine (Recently built by John W) Those tail feather things would have worked!
Tom(ADMIN)

Very true...Nick was way ahead of his time with his models. I could never understand his obsession with transparent boats...but then nobody ever quite understood Nick at all!
Deep Diver (Fred)

Nick always said that he was asked why did he put a cover on all the great engineering work that he had put into making the dive system, so he stopped putting a casing over the tube.

As for being ahead of his time, we all went along to Alf's one night and Alf put his new boat on the table, it worked on the idea water would be taken in via a pipe in the bow, a prop in the pipe would then pass this in to a chamber that had a moving vane in it, this would force the water out off the port and starboard side of the boat to make it go forward, you moved the vane to go port or starboard, the next weekend Nick had one on the water.