I just thought I would start this topic off because it is always coming up (A perennial I think!)
(I will post my take on the topic very soon.)
david f

My take on the pinch valve.(Previously published in the AMS magazine. 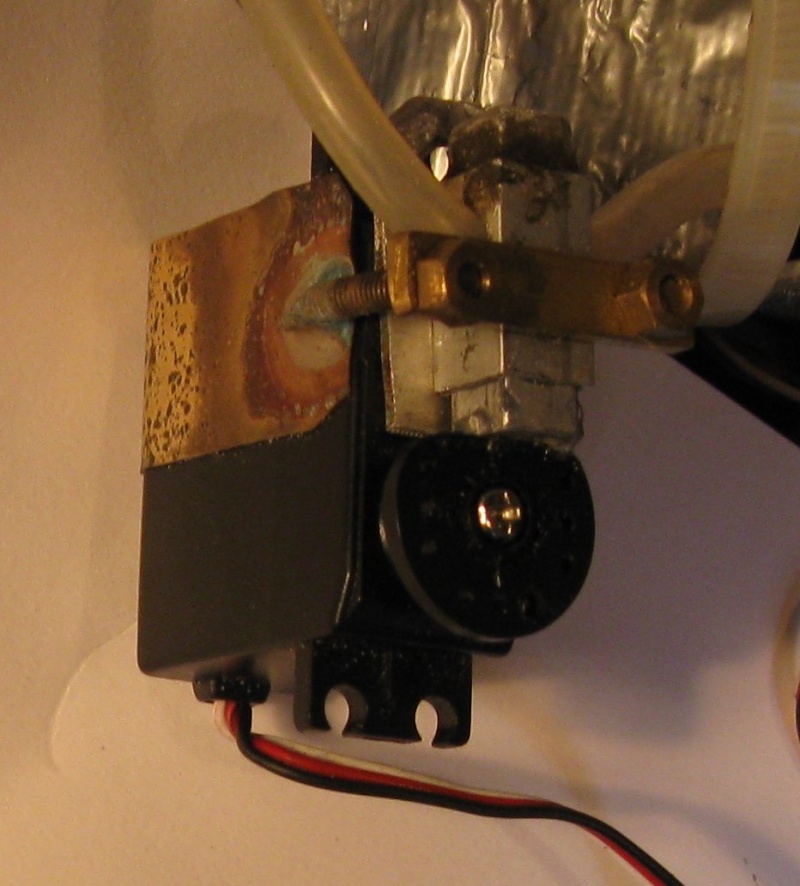 It uses a standard servo. The aluminium extrusions can be obtained from larger B&Qs.
The silicone rubber tubing is squashed by the internal plunger (File it to blunt V shape to improve the shut off)
The assembly is clamped to the servo body by the brass strap. It needs to be bolted quite tight so hard solder the brass threaded rod.
Tom(ADMIN)

Is the plunger spring loaded, David, or do you rely on the silicone tube having sufficient elasticity to release the plunger?
david f

Good question. There is plenty of bounce in the silicone rubber so no need.
I forgot to mention that the plunger squashes the tube against the plug in the end of the square tube. The plug is epoxied or better still fixed by small self tappers. (There are quite large forces involved.)

I have made this valve using a mini servo also (For my Holland) this works but you always need servos with high torque. (Digital ones may be good - they are getting cheaper, I notice.)
thegrimreaper 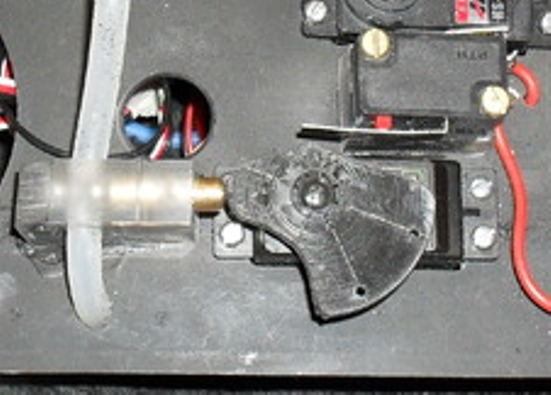 I guess a pinch valve, if made with a bit of 'built in slackness' would be an ideal safety device...eventually the air would escape and the boat would surface. Or have I got that wrong?
thegrimreaper

Nope thats perfectly correct Richard a small almost undesernable leak past, like a lightly dripping tap would result in the boat surfacing in the event of a problem this idea is included in the instructions from Chris of sheerline very cheep nay free failsafe

Yes, that "small leak" idea is one of the clever features of the the pressure tank system, I think.

Not that everyone likes the pressure tank idea - Nigel for one but I have just found it very good.

As I said earlier, I incorporate reverse pumping in my system for the following reason:

I sank my R class some years ago. I was diving it fast with the sub at quite an angle (showing off to some spectators!!) A very impressive fast dive followed by some large air bubbles and that was it - no sub!?!

We got it back about 45 minutes later (We got the general location with the Pinger and the Chairman of the club got it off the bottom with garden rake - thank goodness for running wires! All I lost was my pride and a bottle of whisky.)

What had happened is that the with the sub at an extreme angle I had opened the pinch valve to surface and instead of water coming out it was my air bubble.

I now use an electronic switcher to reverse the water pump (it also controls the pinch valve) the idea being that if the sub is settled sunk but level on the bottom it can again pump water out of the tank (even pulling a vacuum) and hopefully this amount of water is enough to float the sub again.

However, I very much like Chris's arrangement - very clean and functional.

One other slight thing I notice with the pressure tank system is that over a long session the sub goes lower in the water. I attribute this to gradual loss of some air bubble. I occasionally take the sub out of the water and empty the tank to "recharge" the air bubble.I don't know whether any one else has noticed this?
thegrimreaper

It's a very good and very simple idea, I'm going to incorporate it into the Biber I think.
david f

Yes, the pressure tank system has only a few snags:

- About one third of the ballast tank space is "wasted" to provide the air space.

- It is a pressure system so tanks need to be built and designed to cope.

(The free surface effect to marine engineers, I think!)

How about using a bag inside the tank? That way you wouldn't need baffles, and the bag would fill up within the confines on the tank.
Tom(ADMIN) 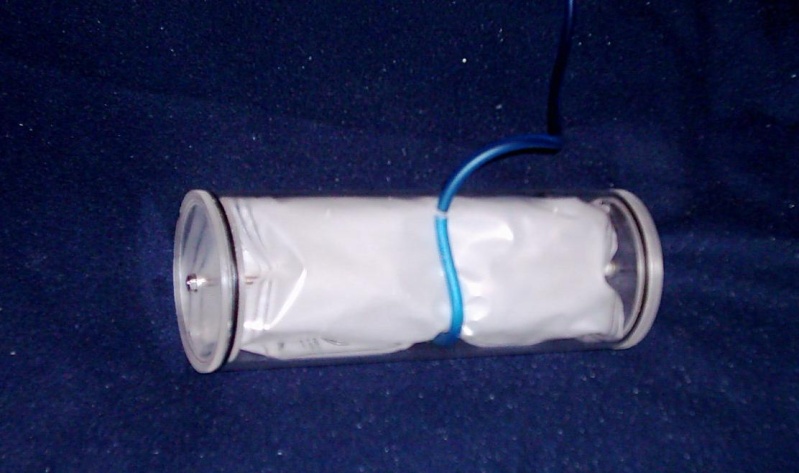 Don`t know Richard when the bag fills would it not take on the shape of the outer tank ? thus leaving an air void that would still allow slosh anyway?. I thought this idea could be used just in case of over fill or a bag burst contents of bag are contained in the tank and not through the whole WTC

The tank has three very small diameter holes drilled in the top of it, I think Nigel said to use 1/32nd inch holes, they allow the bag to fill completely to the shape of the cylinder, thus no voids.

aahhh but if the bag takes on the shape of the cylinder and then only 1/2 to 3/4 fills because of the build up of air pressure you will still end up with 1/2 to 1/4 of air in the top of your cylinder for the water to slosh around in. I think ??
david f

Call me conservative but I've never been too keen on bags.

I've never actually used one on a sub but it is the problems of creasing them, bursting them etc.

Put not your faith in floppy bags!

(I think I will stick with tanks and pistons.)
thegrimreaper

I have heard of guys using swimming arm bands which personally I think is a bit dodgy but also heard of blood pressure cuffs being used now having to use a pressure cuff to do my blood pressure every day they can hold a lot of pressure and are quiet long lasting when being filled with air I know water is a totally different medium I think if for space reasons I had to use one as an alternative means of floating my boat then that would be the way to go also as we all know building a submarine is not cheap and looking at the price difference 1X large blood pressure cuff £9.99 against 1X piston tank and associated electronics about £100(??) for me it would have to be the cheaper option

You used to be able to buy purpose made air bags for model subs...SHG Marine, I think it was, did them, they came in various sizes and always in an awful orangey/redish colour. John Darnell always supplied them in his kits.

I've just googled SHG and I can't seem to find them on their website, so maybe they don't supply them any more.
Tom(ADMIN)

Aha...just found that this guy does ballast bags, amongst other things. Worth a look round his Ebay shop.

You are not convincing me either of you!
Crinkly bags - no way!
Tom(ADMIN)

You'd be amazed how strong they are David...try filling a common or garden balloon with water. It swells to a ginormous size before bursting. Now fill a rugby ball bladder...you'll not burst that!
gantu

It is interesting how many different variations there are on pinch valves.
gantu

this is one kind from an friend he build this one and yes there some ways to do this.