Today at 6:31 pm by geofrancis

You all know how much I love my concept boats...here's another one I found earlier. A Russian boat this time...I think I like this. 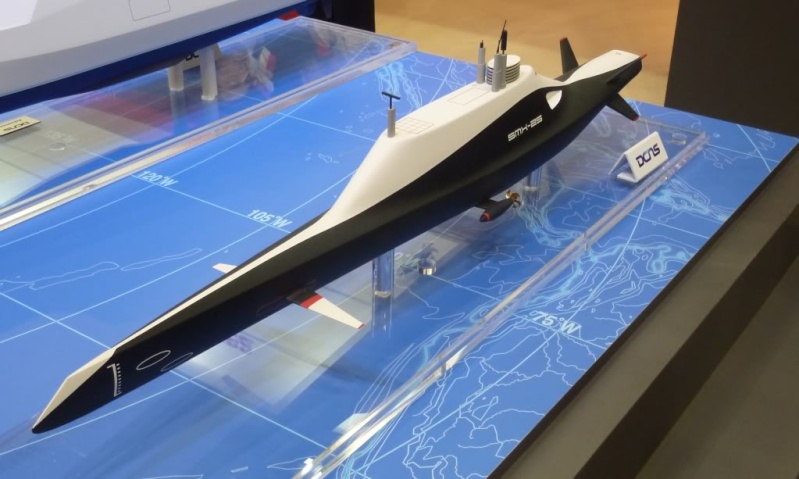 That looks really good. Sort of combination of aircraft and stealth ship and submarine.

as I saw the label "DCNS" besides the model on Richard's picture (DCNS is a French naval company) I investigated a little further and foud this:

This new DCNS design reminds me of an old design (1938) of a hybrid between submarine and speedboat, the so called Engelmann-Boot (according to its designer Engelmann)
http://einestages.spiegel.de/external/ShowTopicAlbumBackground/a1771/l29/l0/F.html#featuredEntry

A prototype of the Engelmann-Boot was built in 1941 but it proved the design to be a failure.

Nevertheless I can imagine that the SMX-25 would be an interesting model to build...

Hermann, that Englemann U-Boot looks years ahead of it's time. Are there any more pictures or any information on it? I searched but came up with very little....that would be a fascinating boat to build a model of.

there is indeed very little information about that boat, I tried to find some more in the internet but wasn't realy successful. At home I have two books (part 1 and part 2) about the history of German submarine building (original Title: "Geschichte des deutschen U-Bootbaus" by Eberhard Roessler) and inside the first book there is a brief report about the Engelmann-Boot (the reason for this design, the prototype and how it performed) and only a small drawing (cross section from side and from above to show the interiour) but this is not sufficient for building a model.
I will give you a brief summary of the chapter in the book.
The basic design was an idea of Engelmann (a dentist (!) living in Berlin), published in the 1930es. It should be an alternative to conventional speedboats being more seaworthy and having a much smaller surface shape. The main hull beneath the surface was better protected against gunfire and the relative small fin could be easier armoured compared to a conventional speed boat. Furthermore it should have a (limited) capability of submerging. Surface speed was planned for 30 knots at an operational range of 500 - 1000 sea miles.
At the beginning of 1939 an order for building a non armed prototype of 250 tons displacement and about 40 metres in length was given to a shipyard in Bremen. With the begin of the war that prototype got a minor priority and it wasn't finished until April 1941. Trials were made but the results were not enough convincing to start series production because on the other hand production of U-Boats instead seemed to be more effective for the invested material.
That prototype reached 28 knots on the trials. It could have been more but at this speed the ship had already a inclination along the longitudinal axis of 13 degrees due to the torque of the engines on the single propeller (it was discussed to solve this with a counter rotating twin propeller arrangement). With this inclination the side rudderes already started to act like planes for depth control so it became dangerous if it submerged suddenly unintended.

By the course of time this design has been obviously forgotten. Maybe this DCNS project will pick up that old idea again in an improved design. Let's see how it develops...