Pressure sensors to use with Arduino

Pressure sensors to use with Arduino

I have just become introduced to Arduino and I am ‘overboard’.

I have previously used two electronise 4x relay switches on my boat, but now have developed an Arduino sketch to power one of their excellent 8x relay systems to do exactly what I used to have for a third the price. Not only that but have been able to write a diving and surfacing routine that responds to a ‘double tap’ of the transmitter.

What I want to do now is make my own depth keeping system. I have an old subtech ADC1 which has died. I dug the old sensor out of it and it is an MPX5100ap. I have attached that to the Arduino and it only measures pressure less that 1 bar. Ie it is at maximum at with air pressure. Ie only works when I suck, which is most of the time.. Now there must be some trick to this, or else there may be another sensor I can use.

The first thing I want to do is make a simple piece of code that starts the water pump when the boat breaches the surface, so a pressure sensor good enough for that would be great. Secondly to also to maintain a depth. If the MPX5100ap simply worked in reverse it would be all I need.

I haven't used Arduinos but I have heard good things about them - ease of use? I have mostly used PIC's with a bit of dabbling in Raspberry Pis! (Sounds Messy!)

But your question really is about analogue inputs which are common to all processors. I am surprised that the ADC1 used that particular sensor. I would have thought an absolute one going up from atmospheric would be  more appropriate. I see quite a range are available including differential (I looked at Farnell but Ebay would be cheaper.)

It is some years since I tried linking pressure sensors to PICs (I sort of drifted onto using accelerometer chips for level control - I posted some code recently.) Some of the issues I encountered were:

- Pressure changes within the WTC affecting differential sensors. (I believe that US and German torpedoes had this problem for a time in WW2!)
- Lack of sensitivity - these sensors produce 45mV/KPa. Is that enough? You can amplify this but this adds complexity and electrical noise.

I would suggest that you do some tests with the existing pressure sensor and see if this is OK for you and the Arduino. You need to be able to measure a few inches of water pressure. You can provide this using a water manometer. (Oh all right some clear plastic tubing with some water in it!)

Thanks for your advice. I do have a tube and some water but of course the sensor only measures less than one bar which means it shows a 5v out at atmospheric pressure and does not go above that. So it is useless. Exactly 'how' subtech got it to work also loses me. Do you have a suggestion of s sensor that will work? Like you I considered the two input models but I have a piston which really stuffs up the internal pressure so that will not work.

I am still sticking to a self leveling device external to the arduino but adding that to its function would also be nice. Another day though for now.

Well I used an MPX 100 sensor by Motorola. The 0 to 100kPa differential one. This only has a sensitivity of 0.6mV/kPA so I had to use the amplifier shown.

This serves as a "grim warning from history" don't try building it! It shows the complications when you have to start boosting sensor outputs. It worked and it ended it's days logging barometric pressure on to my computer! (No, I don't know why either!) 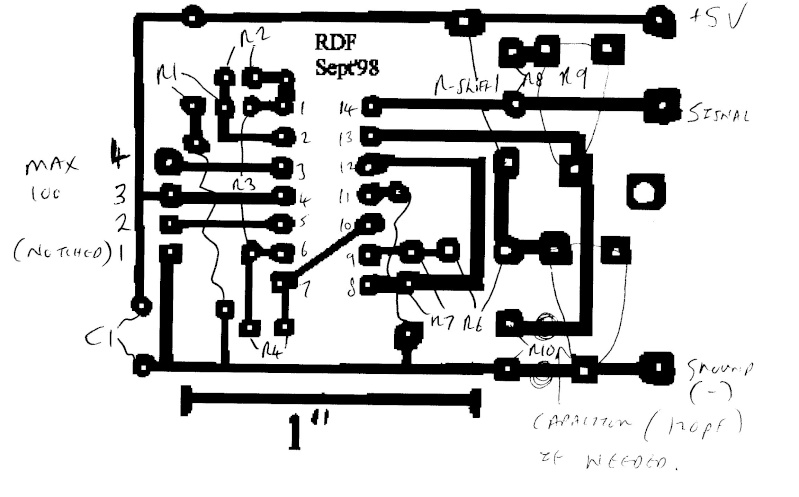 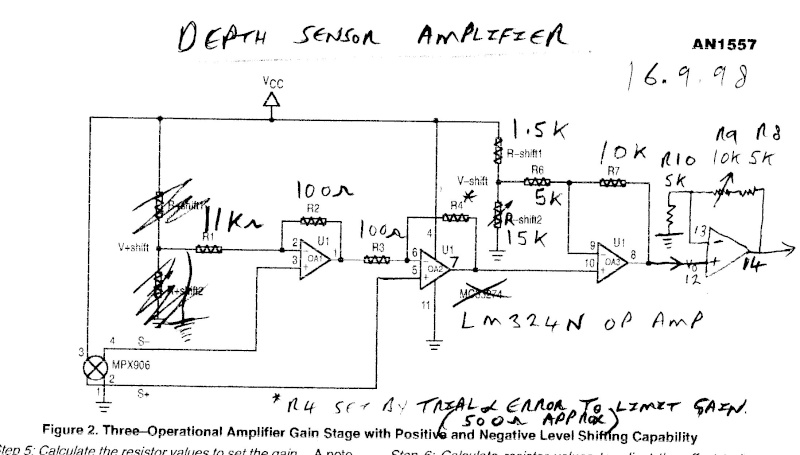 I would NOW try one of the ones you mentioned but 0 to 100kPa. They have much better sensitivity and you may be able to interface directly. But level control is the main need.

I think that interest in depth control in model submarines has rather waned - I don't see much commercial stuff? People at the time claimed very good performance in cruising at periscope depth etc. but many claims are made in this business!

Let us know how you get on.

I have finally received the right sensor. It is MPXV7007G! It works perfectly. At 1 bar it sits at 511. Sucking it goes down and as if by magic, and four unusable sensors later, it goes up. Surface pressure is 570-511, and periscope depth is about 670.

I got this by emailing a sensor company and finally someone talked to me. Told them the problem and oila.

So it's onward and upward now. Would anyone like to buy some sensors?

For $20 we now have a very good answer to submarine depth keeping. More to come!

It looks like pressure sensors HAVE moved on. I have taken the liberty of putting a link in for the datasheet. It shows a sensitivity of 286 mV/KPa - which is much more useful than the ones I tried.

And a very reasonable price too!

Thanks for sharing your findings.

Hi there John and David.

Some further info which may be of help:-

part No 1961 - special function set which included  water sensor and lit leds
and
part no 1962 - deep immersion stabiliser
I've no idea if these are still available.

I have one of each, never fitted them to my shark, see photos below 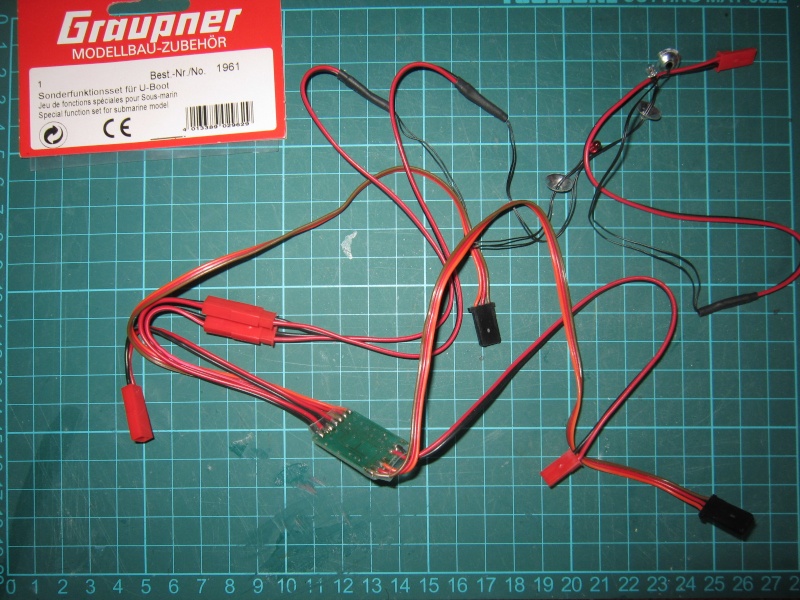 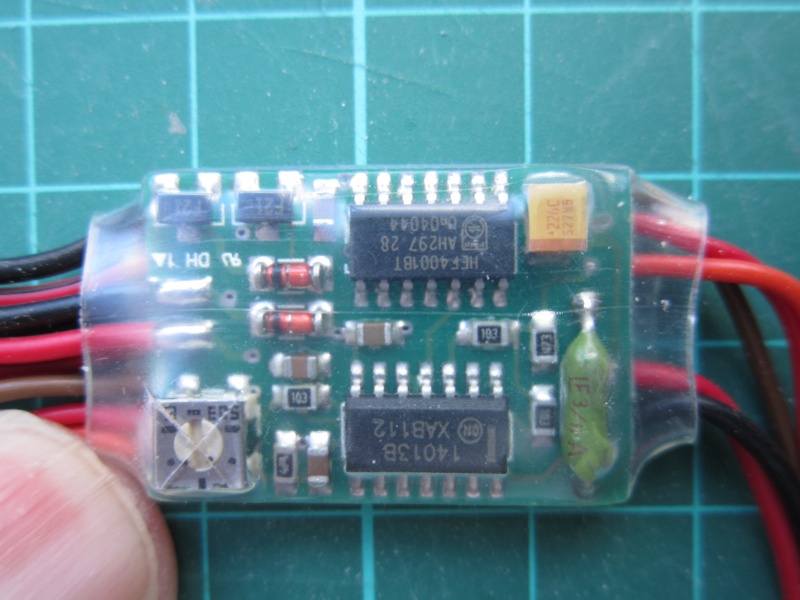 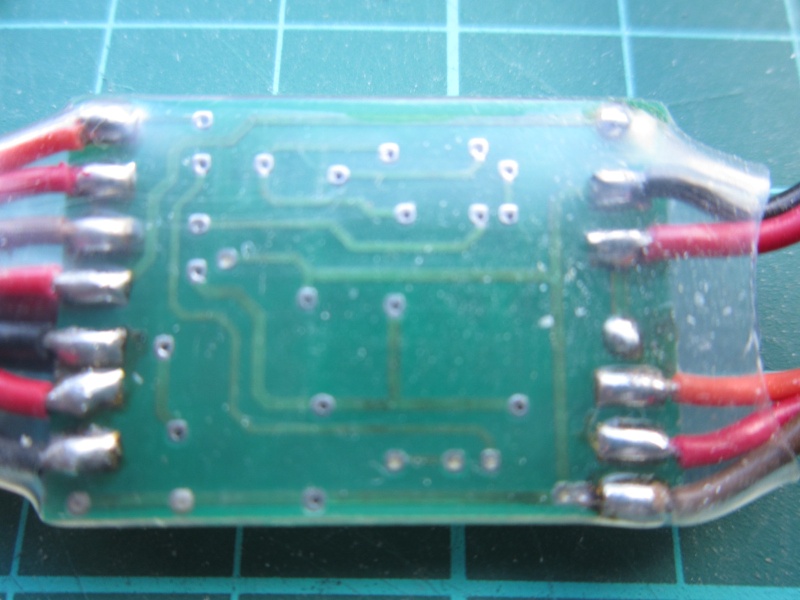 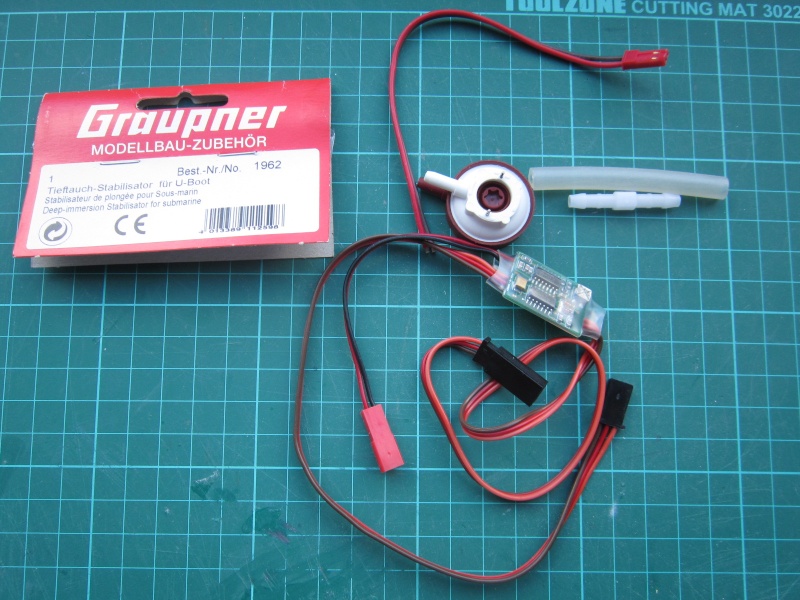 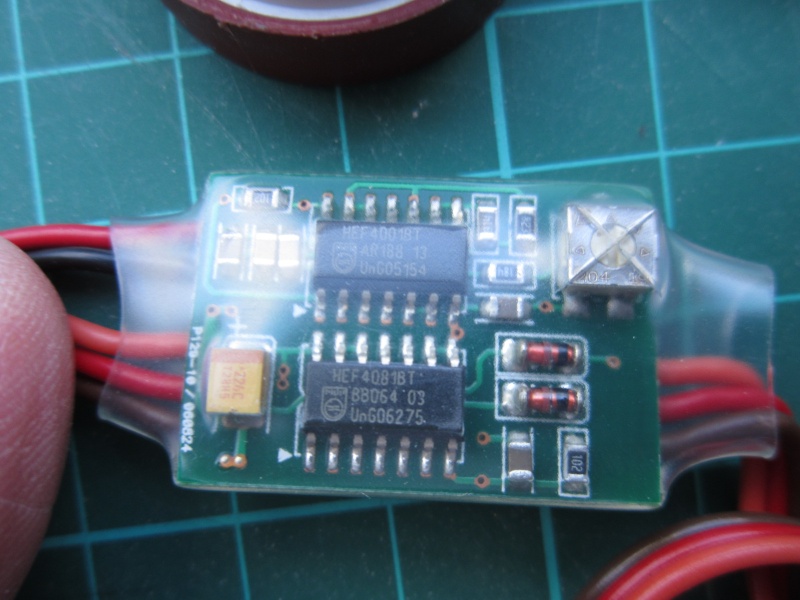 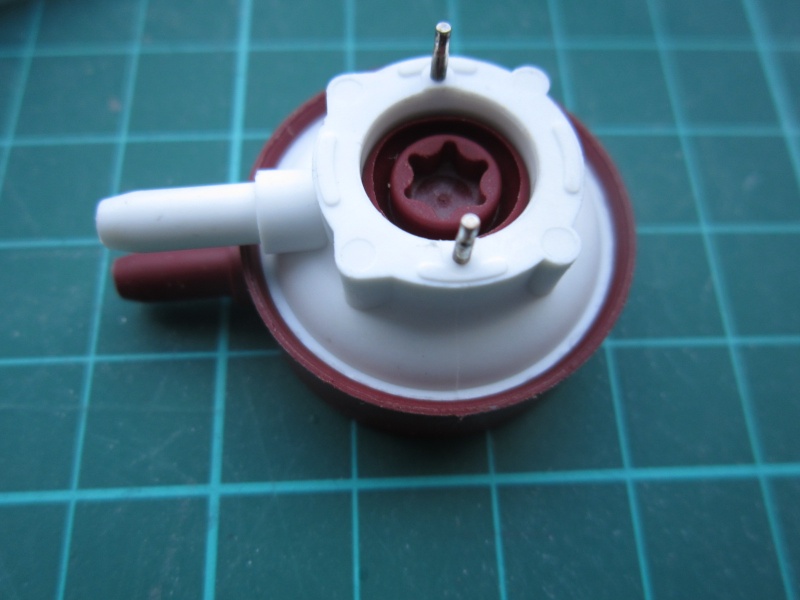 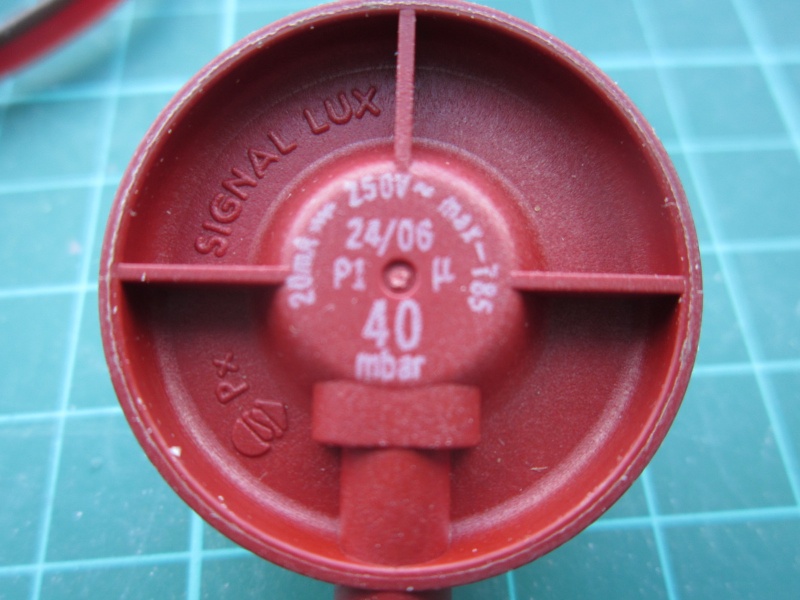 Hope this is of help,