For a guide to past events see the "Shows and Events" section.
....
Bournville Dive-In, Birmingham, Sunday 4th Sept 2022

We have 952 registered users

The newest registered user is Confused

The contracts — awarded to BAE Systems Maritime-Submarines — are the first long-lead production contracts in addition to ongoing design and development work at BAE’s submarine construction facility in Scotland.

The Successor program is in the third year of a five-year research and development work ahead of a full-rate production decision in 2016, according to a Tuesday report in Jane’s Defence Weekly. The submarines will replace the U.K.’s force of four Vanguard-class boomers by 2028.

The four successors are planned to field eight Trident II D5 submarine launched ballistic missiles in conjunction with the U.S. development of the Ohio-class Replacement Program (ORP). Both boomers will include the same common missile compartments (CMC), a so-called quad pack of four SLBM tubes.

The Successors will field three CMCs (though just eight SLBMs) while the ORP will contain four CMCs for 16 Trident II D5 SLBMs.

The artist’s conception released by the MoD show some features that could be incorporated into the final design.

“It is perilous to read too much into initial design images, which invariably differ significantly from the finished product, although they do offer interesting indications of where the design is progressing,” according to an analysis of the images from Jane’s.

Details include an aft X-Stern configuration, bow planes below the water line when the ship is surfaced, and a raked sail.

“Several aspects of the image released appear to be either deliberately or accidentally distorted. Most notably, the sail of the class appears in the image to be placed roughly amidships on the vessel,” according to Jane’s.

The U.S. ORP will begin construction in 2021 with a planned first deployment in 2031. 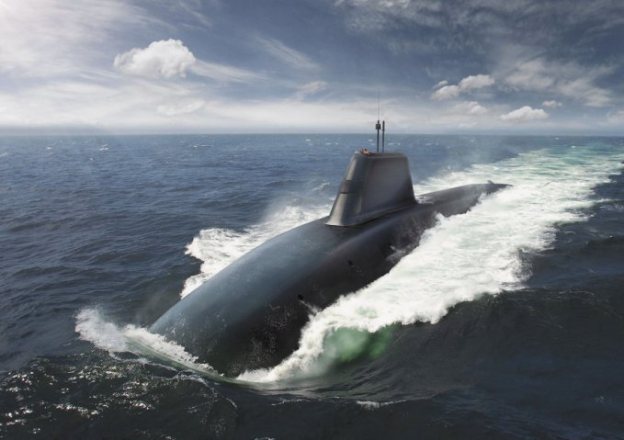