In total there are 7 users online :: 0 Registered, 0 Hidden and 7 Guests

» Pinger 3 - Distance measurement (Triangulation, Transponders and Clocks on Board)

» Things a prospective submariner does not want to hear

We have 835 registered users

The newest registered user is CADArtist1965

The subject is this Industrial display I was commissioned to build for a vendor (Librascope/Rathion?) involved with the old Australian COLLINS class submarine program.

Ellie and I used to build such displays for industrial concerns – most of them in the defense industry – the big money always seems to follow those who support mans greatest outdoor activity. So, yes, I’m a war-monger. Sue me! 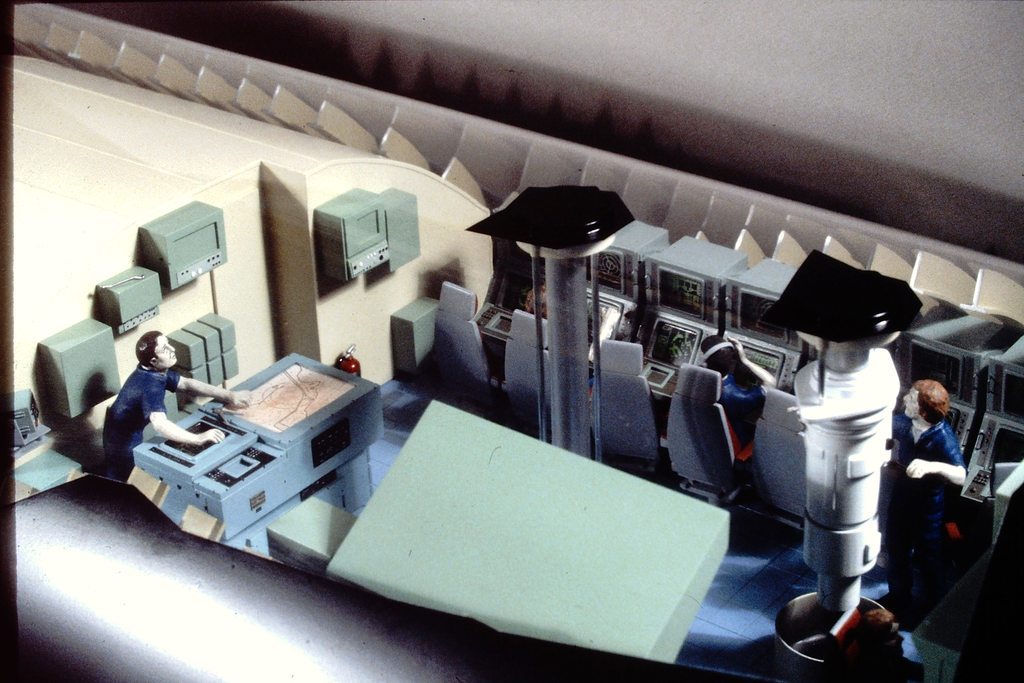 I built a 1/35 scale model of the submarines control room. The display had that area under a cylindrical portion of see-through hull. That hull formed from a sheet of Lexan plastic that was oven formed over a special bending jig. 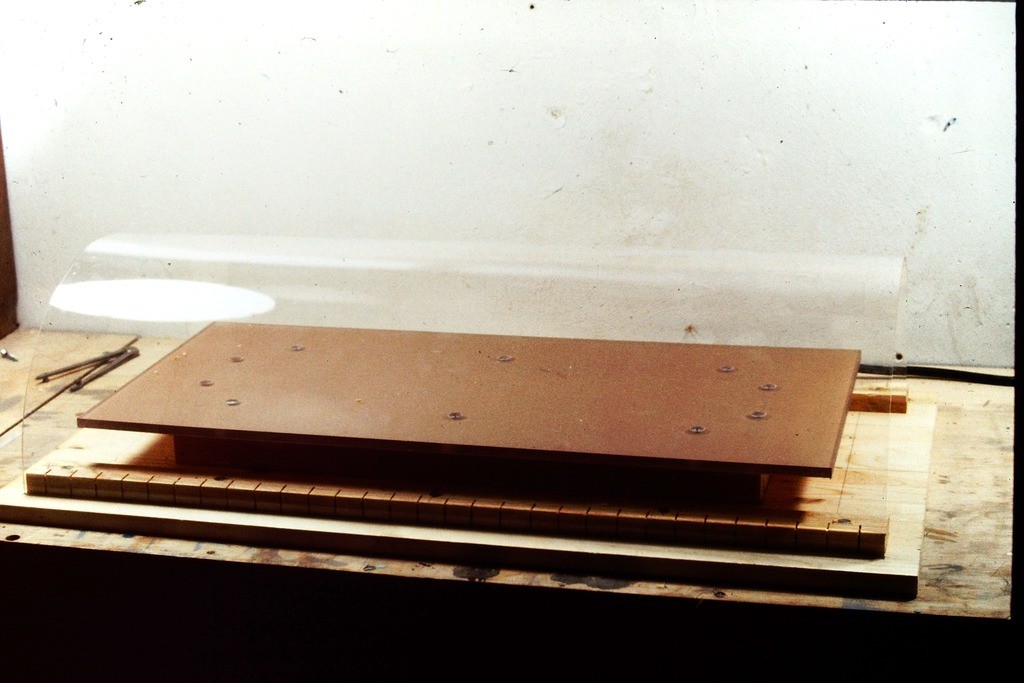 I was directed to provide crew-members at their stations and to endow them with ‘dynamic postures’ to convey a sense of purpose and drama. In addition to action poses to the figures I also back-lit most of the work-station display screens with realistic graphic presentations. (Always endeavor to deliver more than the client expects). 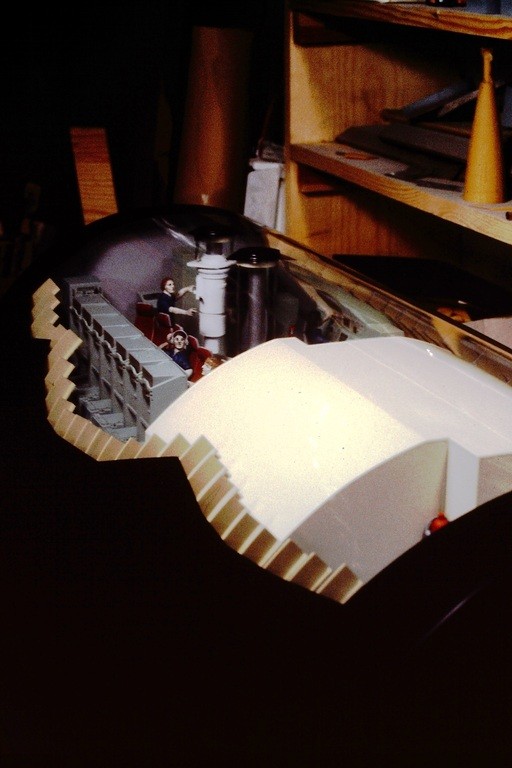 We provided all work-station computer displays with representative graphics (35mm slide film I processed myself) that were back-lit with flickering lights to give things that old ‘monitor’ look. I love the 555 chip … if only it could cook! 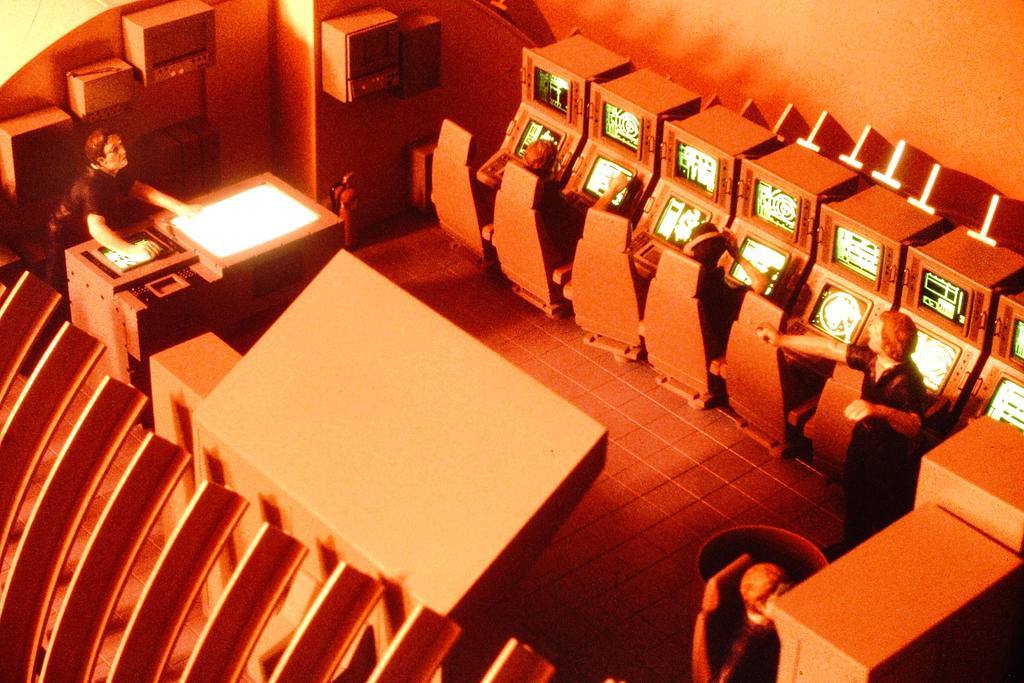 One of the virtues of Lexan I pointed out was its ability to tolerate machining. Such as these overhead periscope mounts that suspend those instruments over the open scope-wells set into the control room deck. Can’t do that with glass or Acrylic without inviting problems! 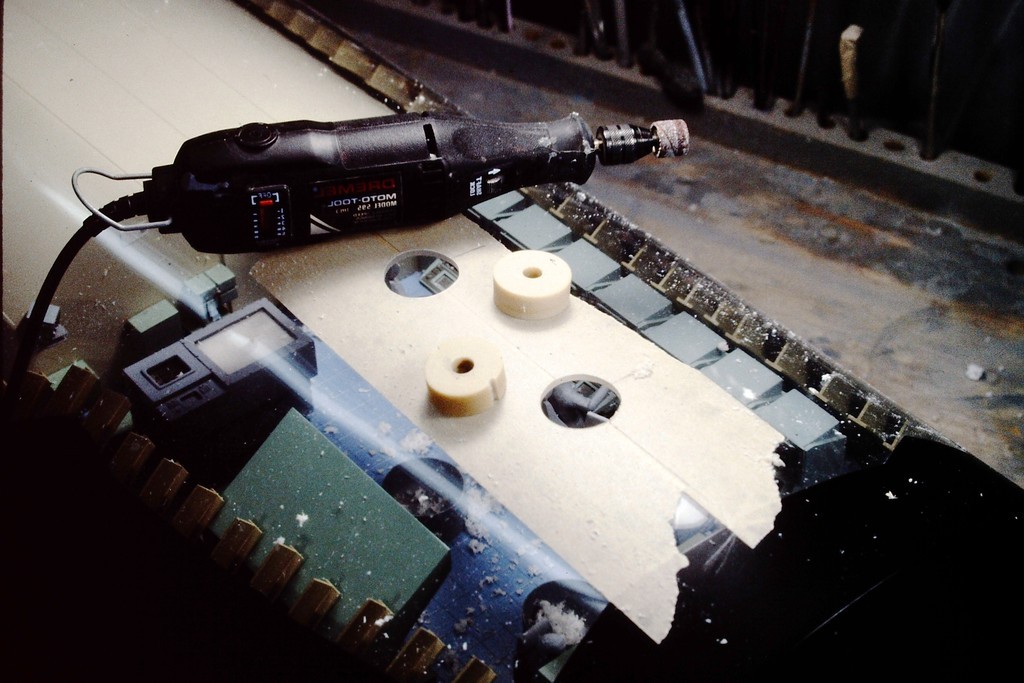 Back in the day -- when we were tied in with several defense contractors -- I rubbed shoulders with other display builders. We would entertain ourselves in a game of one-up-man’s-ship by putting in as many visual gags into a display as we could get away with without pissing off the client. Example here is the loose tools someone shoved into a space behind the sonar-radio shack area of the control room. During the show (most exhibitors kept some of us around during a show to maintain, move, fix, displays as required) exhibit makers would gather at lunch and brag about what they were able to sneak into their displays.

Another gag is that wrench atop a display over the guy at the dead-reckoning chart-table – he’s about to get bonged on the head as soon as the boat takes a significant down-angle. As it turned out, that was a step too far – the client was not amused! I had to remove it before show-time. 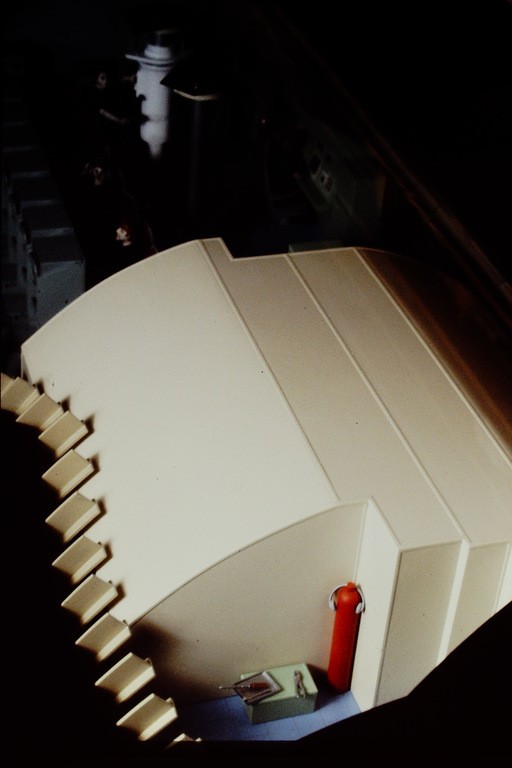 Lexan bonds very well to fillers, putties, primers and paints -- an important property with this type display. I had no problem hand polishing the clear Lexan to a near flawless transparent barrier between fragile display elements and probing hands. 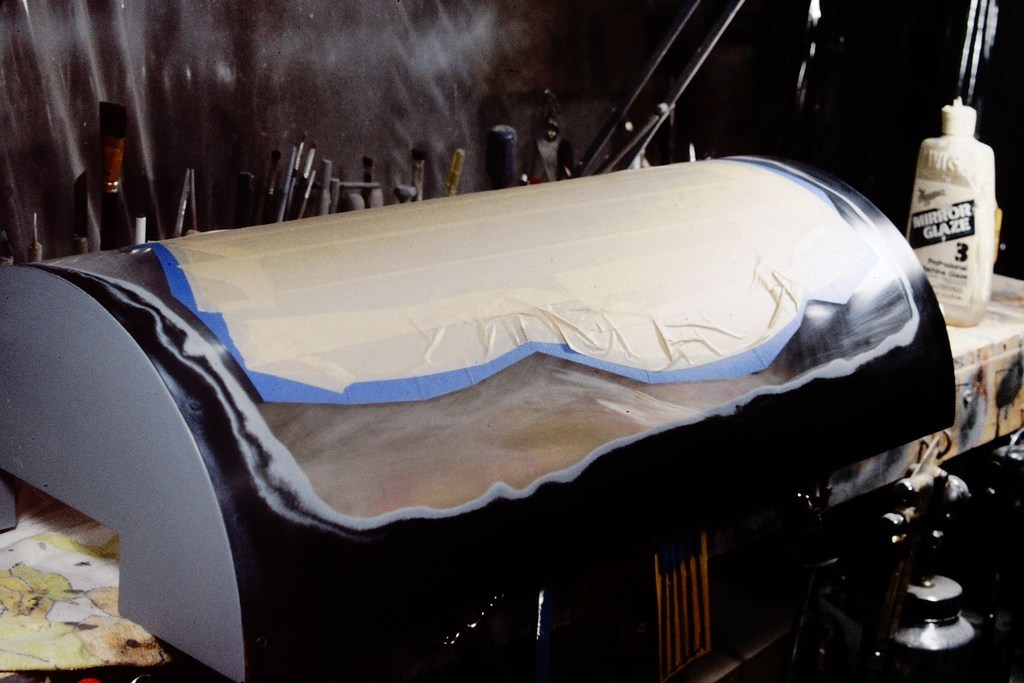 The Lydecker's, Wally Veevers, the mob at the old ILM, and many other effects miniature makers have engaged in this vanity game. It helps to keep us from going completely insane!

Yes, some of the effects miniature gags are now legend: Greg Jein's little R2D2 standing atop the mother-ship of, Close Encounters Of The Third Kind; and Harper Goff's name spelled out in the rivet pattern of the Disney NAUTILUS. I did the same thing as a miniature-maker for The Hunt For Red October:

At the time of my involvement we had no information about the details of the Soviet ALFA class submarine. I was taken on into the production as a third-part contractor because of my 'expertise' of such things. My gag for that movie was to endow the KANOVALOV with a left-hand turning propeller. I had assumed, as convention would call for a right-hand turning single propeller, this would constitute a gag -- a gag only a few nautical engineers would appreciate. But, as history unfolded a few years later, with the fall of the Soviet empire, good source material on the ALFA class came into my hands, and …. son-of-a-bitch! Those boats actually had a left-hand prop! By being a smart-ass prankster I inadvertently got the direction of rotation of the ALFA propeller right, err, left.

All that said, the professional model-maker walks a tight rope. We serve the client, first. And the objective is to please him. Not piss him off. Which makes the gag an even more 'interesting' endeavor. Gags are out there on many displays if you look for them -- our little wink of appreciation to a (sometimes) appreciative audience.