We have 845 registered users

The newest registered user is exceed 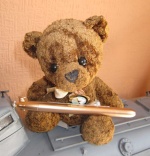 I've just recovered a load of photos from my old PC from the build and subsequent mods to a Scratch built submersible. Its NOT scale, indeed its not a model of a real sub and its not Grey but it was fun to build so here goes. (Fun??? only one box of swear words used...)

I was given a length of 5inch pipe and asked if I could make a sub from it cheaply.

The use of Foamex plastic was decided upon as I had a plentiful stock, it works and glues easy and was FREE.

I decided to make the nose and tail cones from layers of foamex and shape then accordingly. The disks shown are two such layers, The spoke arrangement is to aid in the hollowing out later in the construction.

All glued and clamped together on a central mandrel, note extra holes for attachment setscrews on front cone. Extra holes on spokes were to aid alignment whilst gluing up in sections.

now to shape the two cones, mount on 6mm mandrels (long studs in my case) along with bulkhead and fasten assembly in drill.
(This was before I bought a lathe - don't laugh, it worked)
shaping outside of a cone

After shaping the outside with file, emery, primer/filler to show low spots we have:-
front after shaping

And checking for fit/sizes:-
front
Rear

Now for the insides of the cones:-
front cone
This shows the front cone interior and front bulkhead (stepped for O-ring)
Out with the dremel and a small milling bit, find mask and goggles and way we go.
The Spoke arrangement simplifies the amount to be cut out and stops you cutting too far in.

front bulkhead finished
The 4 nuts are o-ring sealed and retain the nose cone setscrews, the cables are for the searchlights,
Valve for pressure checks glued in, set screw has o-ring under head for sealing.
Just a quick aside about the valve, when having two new tyres fitted I spotted lots of valves on the floor at the local tyre dealer, asked?, told "help Yourself" now have dozens.
Cut as much of the rubber off as you can then buff them up with a wire brush in an electric drill WEAR GOGGLES AND GLOVES AND MASK

nose cone finished
The three searchlights are 10mm Ultrabrites from Component shop, 2v each , wired in series=6v and resistor for 12v.  Hole at bottom is water ingress, matching small hole at top for air escape.

This is my first attempt at posting photos, I put them in as links so clicking on the underline text
should show them. If not please let me know.

This was made in a similar way to the front cone but with a different fixing method.
Rear cone internals
The long 4mm through bolts fasten into captive nuts, the rear bulkhead fits on the through bolts  and is secured by nuts. It was done this way to allow dismantling but without showing the securing method.
Perhaps not the quickest access but it seemed a good idea at the time.

Rear Bulkhead
This shows that the propshaft is epoxied to the Bulkhead. The propshaft does NOT fasten to the rear cone but is a snug fit through the rear cone central hole. Double check positioning of PROPELLOR before epoxying.
Also can be seen two hypodermics sealed to the bulkhead. curious you think, read on
This photo was taken when I was modifying the existing bellows/pushrod control system to a magnetic system based on an article from "in Depth". This transfers the servo movement to the Control surface without needing bellows which may fail.
The Hypos are fixed/sealed to the rear bulkhead and the small hole is also blocked - essentially an open ended tube. Rare Earth magnet glued to end of control rod placed in tube.
Further details
servo connections
Two magnets encased in fabricated slider
Magnet carrier

Whilst the above coupling system worked ok, it should be noted that the hypo tube interior is wet and therefore should be sized to prevent hydraulic locking.

Sorry, no more interim photos of rear cone .
Outside of cone was CAREFULLY marked then slots milled out (using pillar drill) for control fins.
To ensure Alignment, the Rudder fins were made as a single unit with hinge tubes fitted and the centre  section removed AFTER being epoxied to the rear cone. Ditto for the Hydroplane fins

I decided early on in the build that I would like the internals to be based on a modular system to make it easier to work on a particular aspect if needed. As the boat has 4 through bolts, these modules should fit the through bolts. so lets see some photos.

Ballast tank module first
Components
more components
Tank assembly
Note that the Red plates are plastic sheet with a two sided Aluminium "veneer",
This is a replacement Tank assemble with through bolts as I managed to blow out an epoxied end cap on its predecessor.
Blob on end of pipe is in-line fuel filter
4 module mounting holes in red plates - slide it on
Extra dollop of ballast lead at bottom

Servo module next.
Servo/ESC carrier
This simple fabrication, again from my favourite plastic, holds the two servos and the ESC.
Again, it simply slides on.
I have 4 tubes (not shown) which fit between the two end plates to provide rigidity (also for tank above)

This module contains the main drive battery 8.4v SC stick, The Dive pump/searchlight batteries 10XAA=12V,
the receiver, an Action switcher for the pump, Main drive fuse 15A and My own Build of Magnetic On-Off switch. Coil at top is the aerial.
You can't see from this angle but the servo extension leads are numbered.
Main contol module other side
Another unit which just slides on.


assembling modules
and another bit


And now some external info...
External Tubes
Initially, these tubes held 5 SC cells each for the dive system (get the weight low) but were an absolute pain to remove for charging so were removed. They are now free flooding and hold part of the ballast system as described in "In Depth".

Hatch, 1of2
The front viewing plate is fitted with 3 led's to signal any problems back to shore, well it will when I find where I've put the parts.

Current condition
As of Now, before the next Mod.

The Next Modification, To be tested this weekend at Barrow 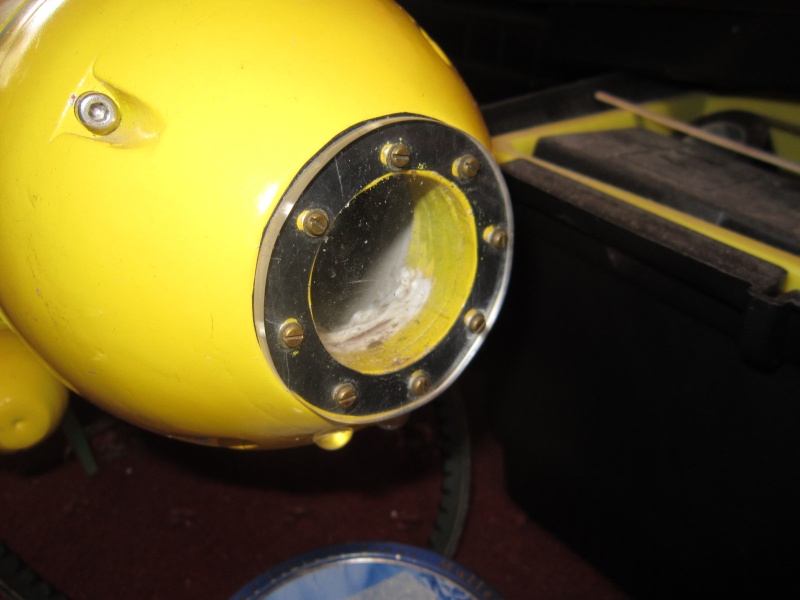 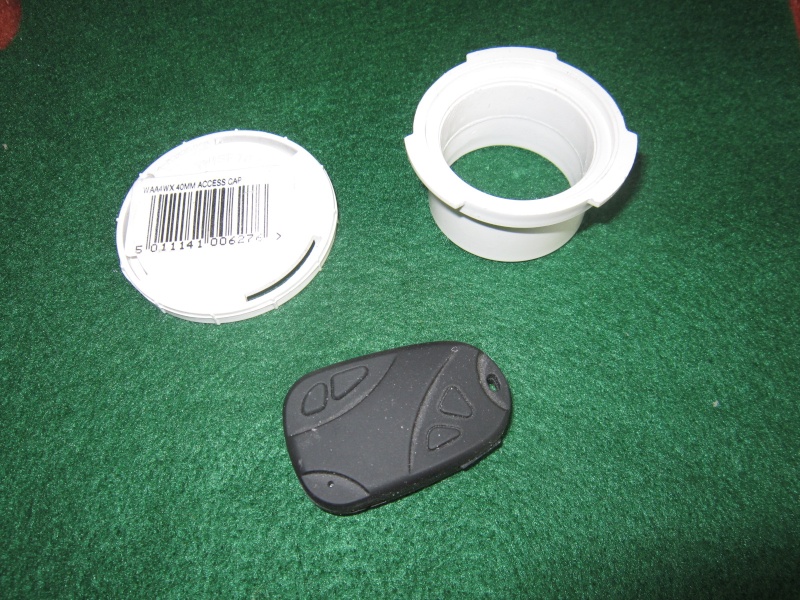 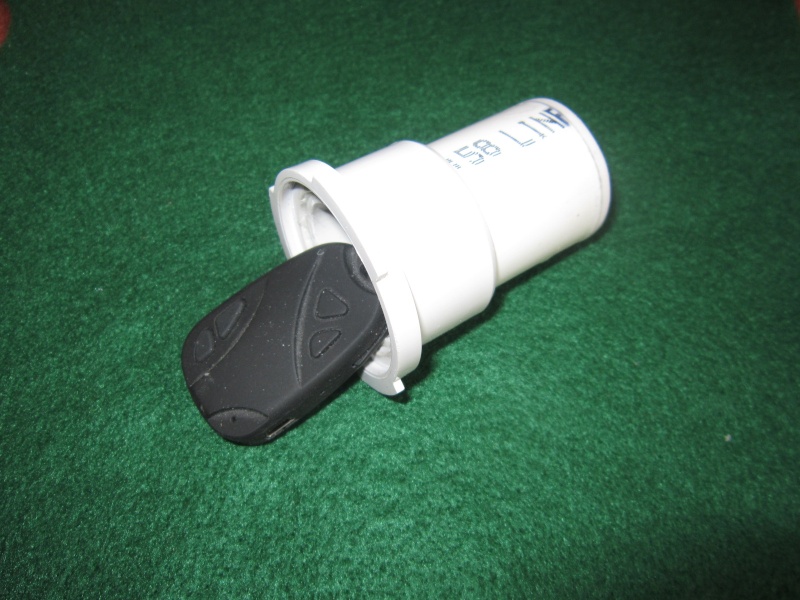 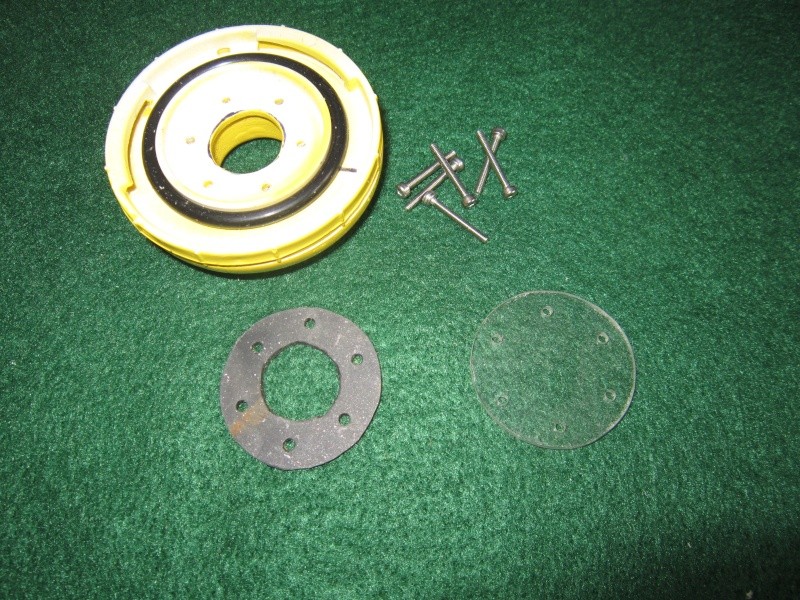 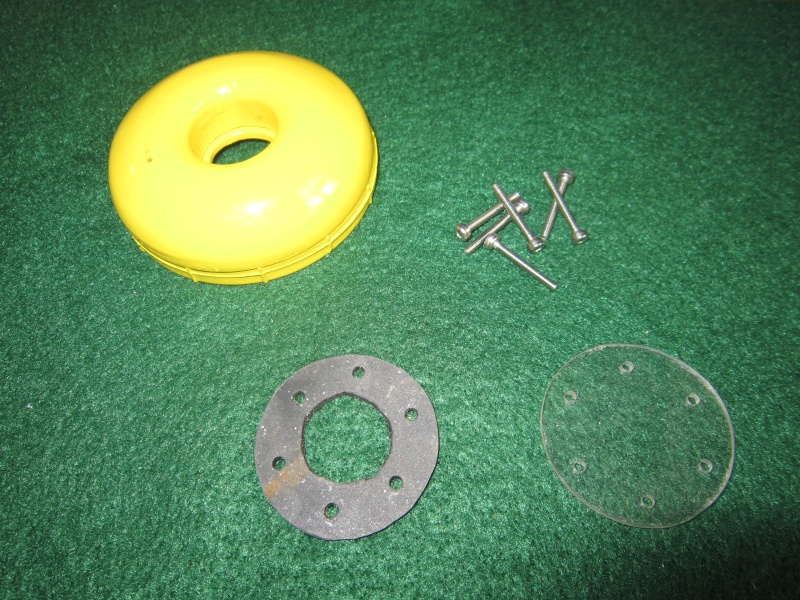 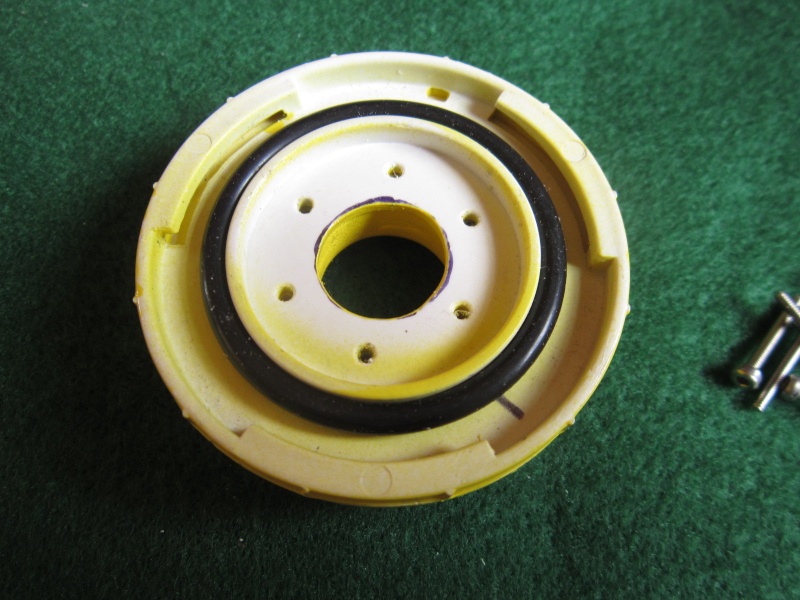 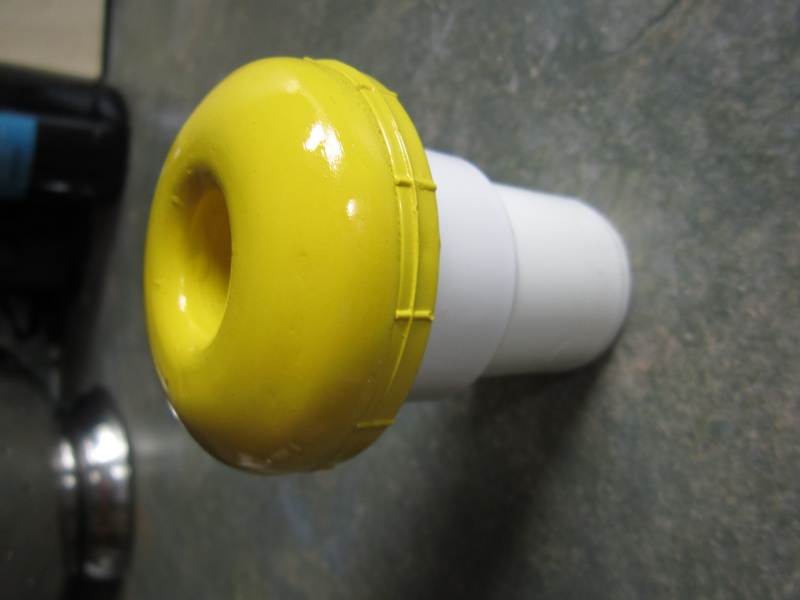 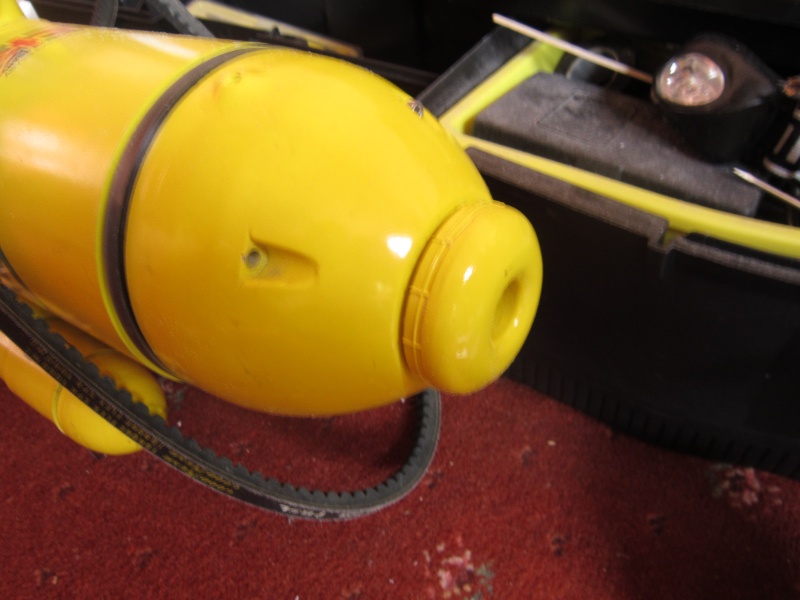